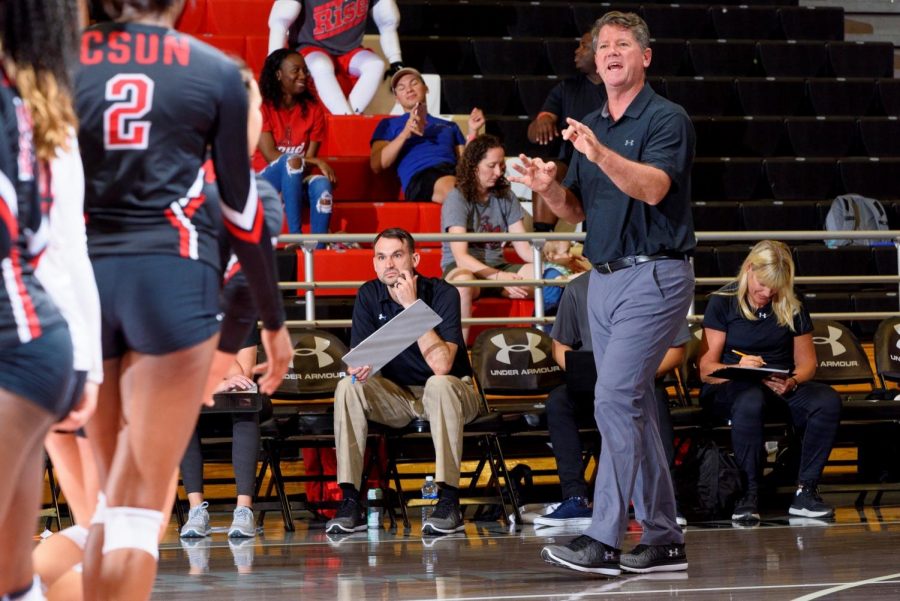 Eight years ago on Oct. 20, former women’s volleyball head coach Jeff Stork was inducted into the International Volleyball Hall Of Fame. It was arguably the crowning moment of his 18-year run at the helm of the Matadors, which began ten years earlier in 2002.

“As a player, receiving recognition from the selection committee is a great honor,” Stork said to CSUN Athletics at the time. “I was a part of many successful teams over the years and was extremely happy to be a part of that success. This was a special time for me and my family.”

Stork was named 2011 Big West Coach of The Year after leading the team to an overall season of 16-13 and 9-7 while competing in the Big West.

Stork was part of the 1988, 1992 and 1996 USA Men’s Volleyball Olympic Teams. During his 1988 Olympic run, Stork was the starting setter on the team. Despite having a difficult start with a back injury, Stork recovered and was able to return to the court and help his team win the gold medal that year. Stork was named part of their 75th Anniversary All-Era Team for his contribution to the USA Men’s Volleyball Team.

In 2013, a year after his induction into the International Hall of Fame, Stork received the Big West Indoor Co-Coach of The Year Award when he guided the team to their first Big West Championship.

Stork’s journey at CSUN consisted of coaching both the indoor women’s and beach volleyball. His coaching record at CSUN was 239-282.