Op-Ed: The Orange Fury in the White House – as seen from abroad 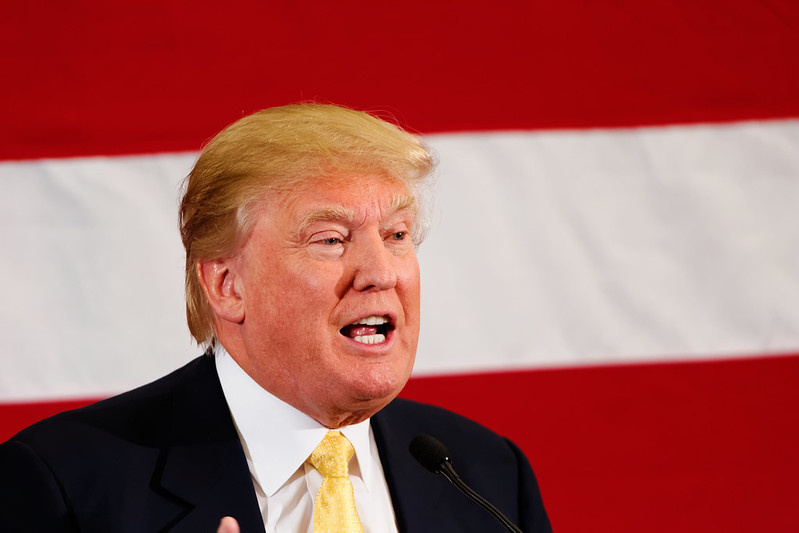 As I am writing this I’m sitting in my backyard in Munich, Germany, far away from the U.S. and yet so connected to it because of all that is happening in this country where I lived for half a year as a student and have close friends.

Here in Germany I am breathing clean air — although the smoke from California has, long ago, reached Europe — and I am relatively safe from the coronavirus or a threat to my country’s democracy. At the same time, I am thinking of fires devastating parts of the United States, Americans spitting at others for wearing a mask, and a president who publicly denied climate change as a cause for the entire West Coast’s flaming inferno. Images of the latter, which have been very much present in the German media, in their orange glow and fury somehow resemble Trump.

It is not only the fires which, for the White House, seem to be a minor problem. The president of the United States has also played down a pandemic publicly in an effort of not creating a panic but in fact, of course, because he feared an economic breakdown. Americans died because Trump refused to fulfill his duty of serving the country by informing people about the effects of a deadly virus.
As if this wasn’t enough, investigative journalist Bob Woodward’s book, “Rage”, which reveals that Trump has deliberately withheld important information about COVID-19, also serves as proof for the president’s attitude towards race. He denies the existence of white privilege and even fights its recognition through training programs, promoting an America based on white supremacy. As part of this, he propagated military “law-and-order” politics, trying to smash the Black Lives Matter movement which had stimulated demonstrations against institutional racism worldwide.
The president of the United States mobilizes right-wing militaries, denies the history of a country founded on the back of slaves and completely dismisses his task to lead the nation or provide for the well-being of its people.

In fact, the president of the world’s oldest democracy is a man who sympathizes with autocracies from across the globe — and unfortunately, right-wing populists sympathize with him.

In Germany, right-wing ideologies are increasingly supported by a political party called Alternative für Deutschland (Alternative for Germany), or AfD. In general, Germans are by no means becoming more populist. On the contrary, recent studies conducted in Germany show that most strongly support democratic and liberal values.

Yet, we are facing a radicalizing right scene. It is this political spectrum which increasingly supports ideas promoted by Trump as well as conspiracy theories such as QAnon. The latter, a far-right plot against assumed elites worldwide whom Trump is believed to fight against, unites conservatives, right-wing extremists and Corona-deniers not only in the United States.

The American president, though, supports anti-democratic movements all over the globe through his politics, whether always intentionally or not. This is one of the reasons why the upcoming elections will be of great importance worldwide.

The United States has, unfortunately, lost its prestige abroad a long time ago.

In the year Trump was elected president, I started to study North American and Media studies in Germany to be a journalist covering transatlantic issues, preferably as a foreign correspondent. I cannot recall the many times I’ve been asked if I really could imagine moving to the U.S. someday. Not only did I always have to justify my exotic choice of studies — which is, in fact, not so special after all — I also had to explain my fascination with the United States.

Sometimes I’m still trying to clarify to family members or people I meet that America is not only about Trump. Trump, in fact, is destroying America, further driving the rifts between rich and poor, black and white, Republican and Democratic. The U.S. has always had many flaws and social problems, but it has also always been a country of rich beauty and cultural diversity. Although Trump is overshadowing these aspects, they still represent the United States for me.

I very much hope that the elections will provide America with a chance to recover. This would also be a blast for the rest of the world and the only positive outcome of Trump’s disastrous management of the pandemic, which has already cost him some voters.
Feeling personally and emotionally connected to the U.S., I very much regret that I cannot vote but what I can do is animate every eligible person reading this to cast a ballot. As Barack Obama tweeted: “Vote like your democracy depends on it. Because it does.”

Katarina Machmer is a student from Germany and attended CSUN in fall 2019 for a semester abroad.