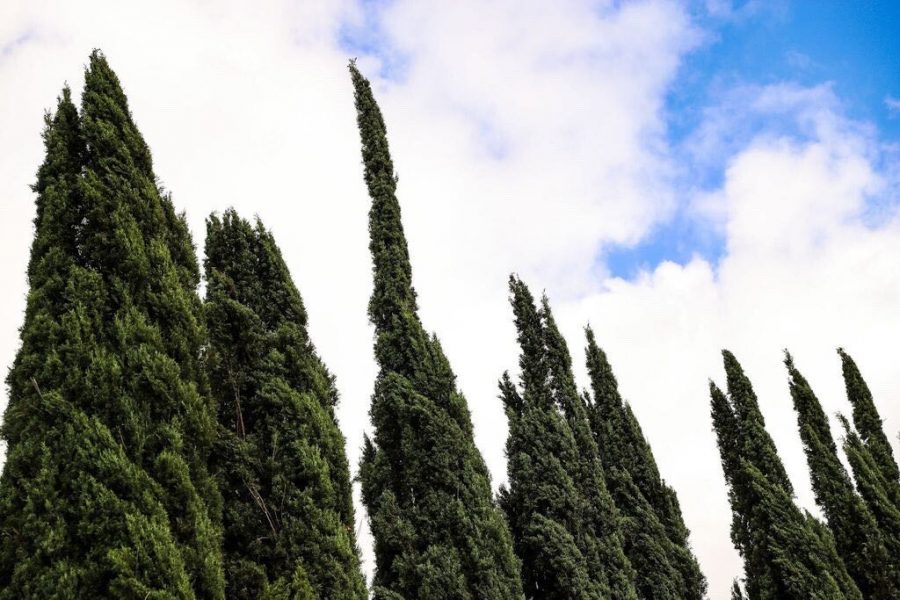 A Santa Ana wind event produced gusts of up to 80 miles per hour on Monday. While Santa Ana winds are an annual event for Californians, its arrival during an intense fire season in a year that has seen the hottest temperature ever recorded has brought some concerns.

Santa Ana winds bring low humidities and extremely high winds to Southern California in the fall. The winds originate in the Great Basin area of Utah and Nevada and blow through mountain passes in Southern California. The origin of their name is not known for sure, but it is thought to come from the Santa Ana Canyon in Orange County.

Forecasts predicted gusts of up to 50 mph in areas of Southern California, including Los Angeles and Ventura counties, throughout the weekend and into Tuesday afternoon. The National Weather Service measured gusts of 96 mph on Monday morning.

“In the larger picture, Santa Ana Winds develop very low humidity values which in turn can set up the region for fires” said Amalie Orme, a professor of geography at CSUN.

Spot fires also began in several other locations like Topanga and Glendale on Tuesday. Most were put out within hours.

“People in California really need to always be prepared for high magnitude winds and low humidity events which can lead to fire,” Orme said. “It means having emergency supplies, power backup, plenty of water, knowing where to go and a plan. It means being organized.”