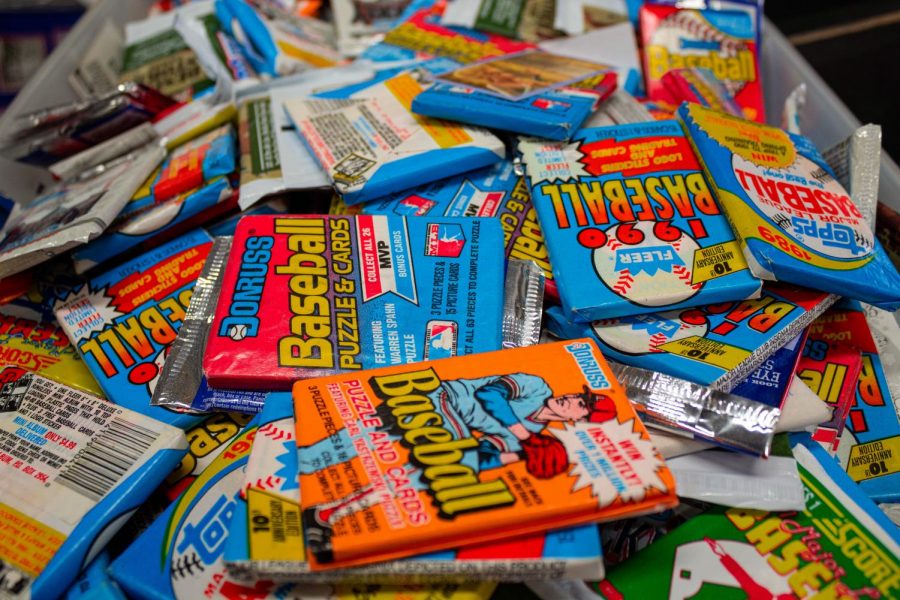 Located inside Saticoy Plaza and in between a UPS and dry cleaning business, Cardboard Legends is the home of the valley’s largest signed memorabilia collection.

Cardboard Legends has remained as the spot for people to buy, sell and trade cards, collectibles and memorabilia in the San Fernando Valley for the past 23 years.

Before COVID-19, the store held weekly tournaments, sold memorabilia frequently from their eBay webstore and negotiated items with customers walking in. They were experiencing business as they always knew it. When the pandemic hit, Michael Sablow, the owner of Cardboard Legends, closed his business for the first two months in March.

During this time, a resurgence of childhood memories began which started driving up the prices and increasing the value of trading cards and memorabilia. A Topps baseball card pack he bought for $100 in December 2019 is now worth $700, with that number steady climbing higher in the market.

Sablow explained how the pandemic actually helped boost sales instead of tanking them.

“Business is booming,” Sablow said. “People were scared as the pandemic was unfolding so collectibles and cards like these gave them a nostalgic sense of comfort.”

Although their weekly tournaments were canceled for the time being due to COVID-19, the storefront remains open for walk-ins. Cardboard Legends also runs a website where a majority of the sales are made. Most of the products up for sale are items Sablow scouted the web for. He checks sites often for new listings and gambles with his investments.

When the pandemic began, he realized people needed extra cash and had time on their hands. These people would find childhood grails out of their garage and sold them for cheap online. It was a great opportunity for the business to buy out these items as the value of them would sky rocket in the future.

“It’s questionable because now Lebron James cards that we sold for $100 are now selling for about $5000,” Sablow said.

The influx of hype after Lebron James won his fourth NBA title with the Los Angeles Lakers and fans who want to keep a piece of history from that moment increased the value of James’ cards.

Sablow started his business with baseball cards and a dream. He has expanded to NBA Jerseys plastered on the walls, signed baseballs and other memorabilia items signed by famous stars. He remains uncertain yet optimistic about business as it’s steadily moving, but the market is unpredictable and always on the move.

“The market is always changing, you’ll never know what to expect,” Sablow said.