Armenians in Los Angeles: How the local diaspora community is making a global impact 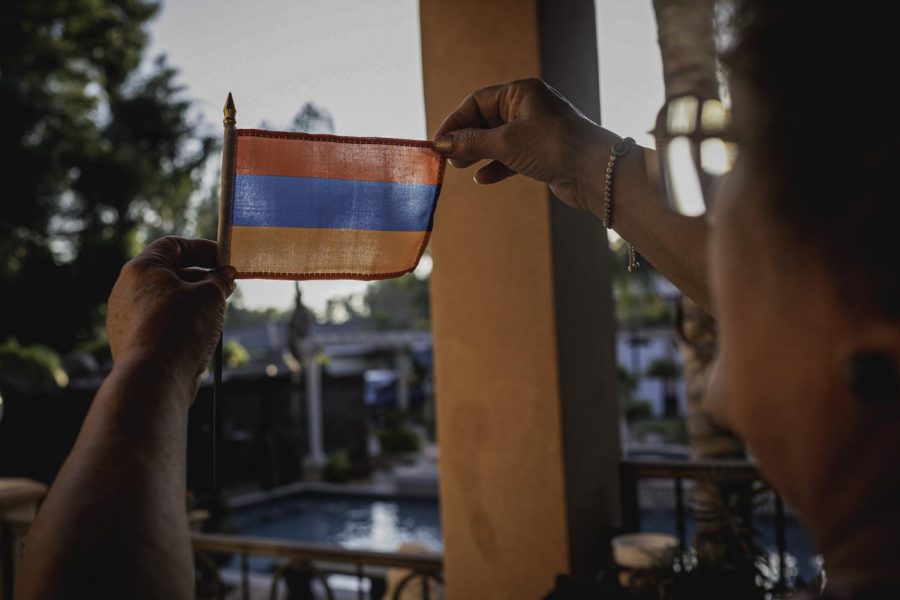 As demonstrations have settled in the last few days, Armenians in Los Angeles continue to protest, mourn and support their homeland as the largest Armenian populated city in the United States.

Out of all the cities in the United States, Los Angeles has the largest population of Armenians. In 2016, there were more than 200,000 Armenians living in the L.A. area, according to BBC.

With their homeland being under attack, L.A.’s Armenian diaspora has gathered together to make their unanimous voice heard around the world.

Armenuhe Terzian, the president of the CSUN Medics in Armenia, is one local activist who is fighting for recognition of the attacks.

“My parents immigrated here due to the collapse of the Soviet Union. It was a dark time in our history,” Terzian said. “Nobody chooses to leave their homeland unless it’s by force.”

During the Armenian Genocide, the Turks of the Ottoman Empire deported and killed 1.5 million Armenians. Many Armenians fled Armenia to find safety in other countries, including the United States.

Decades later when the Soviet Union was on the verge of collapse, even more Armenians fled to the United States as refugees, creating an even larger diaspora.

The Armenian diaspora in L.A. is currently protesting for three things: the acknowledgment of Artsakh as an independent republic, the termination of military aid to Azerbaijan by the United States and more media coverage that sheds light on the conflict in an accurate way.

Although Nagorno-Karabakh is internationally recognized as part of Azerbaijan, it is governed by Armenians and consists of a 95% Armenian population.

Nagorno-Karabakh, or Artsakh, which is its historic Armenian name, has been inhabited by Armenians since the civilization of ancient Armenia’s Urartu.

In the course of the Soviet’s collapse, war broke out over this region. The war, which Armenians call the Artsakh Liberation War, ended with close to 30,000 people dead, with Armenians in charge of the region and no real solution to the problem.

Armenians in L.A. don’t think this issue can be put to rest until the global community recognizes Artsakh as an independent republic.

In the eyes of Armenians, this would be difficult to accomplish, along with de-escalation, if the United States continued its financial support of Azerbaijan. The U.S. has given around $17 million to Azerbaijan in 2020 alone, while simultaneously granting military equipment as well.

Many are taking to social media to explain their support for Armenia in an effort to bring awareness to the local community.

“Social media is the main news source we have. Thankfully I have a lot of non-Armenian friends who are posting. They’re the ones that can help us get the news out there,” Terzian said.

Hundreds of demonstrators rallied outside of the CNN building during the weekend of Oct. 5, to protest the lack of coverage of the conflict. Since then Terzian believes outlets have been listening to their demands.

“I would say [the media coverage] has improved. The protest at CNN was because they weren’t giving correct information. The next day after the overnight protest, they were able to improve.”

Armenians are asking for more recognition of the issue, as the conflict in Artsakh is a real threat to families of the Armenian diaspora in L.A.

Terzian’s family member fought on the frontlines in Artsakh as a captain and died serving his country.

“My family member [in Armenia] would always call his mom and be like ‘Mom you should talk to me because I don’t know if this is going to be the last time.’ He passed away,” Terzian said. “They know their life is at risk but they don’t care. They just want to be in a country where they know that their parents, their sisters, their brothers, are living in a safe place that’s away from anyone that’s corrupt.”