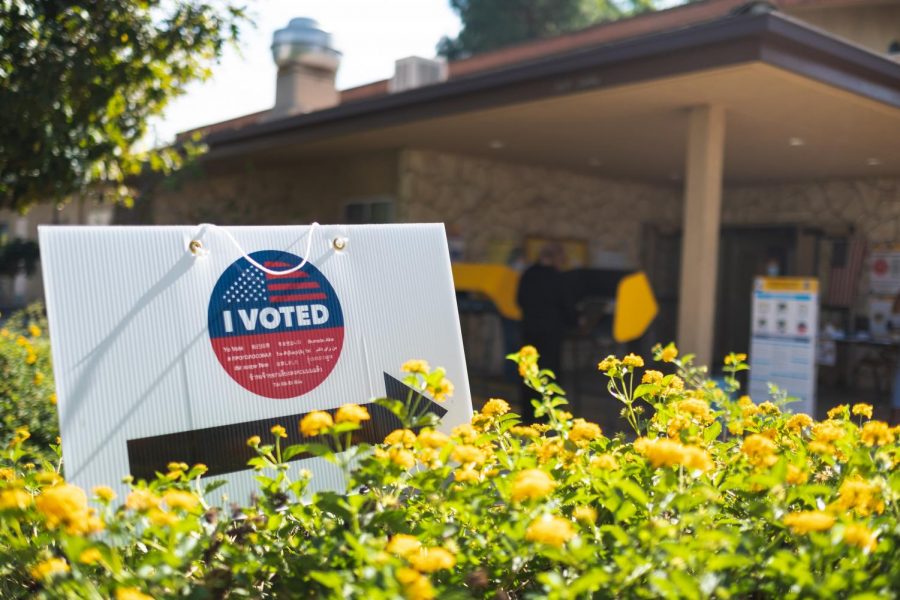 Voters are lined up at Saint Pauls United Methodist Church in Northridge Calif., ready to cast their ballots for the upcoming election.

In an effort to engage voters across Los Angeles, multiple landmark locations revamped their venues into polling centers. Hollywood voting locations, such as the Pantages Theater and the Wiltern, drew “Hamilton” fans and pre-pandemic concert-goers out to the polls.

Sports fans were able to have a themed voting experience at the Dodger Stadium and Staples Center in the downtown L.A. area.

Community voting centers in the San Fernando Valley also drew groups of voters who wanted to cast their vote closer to home.