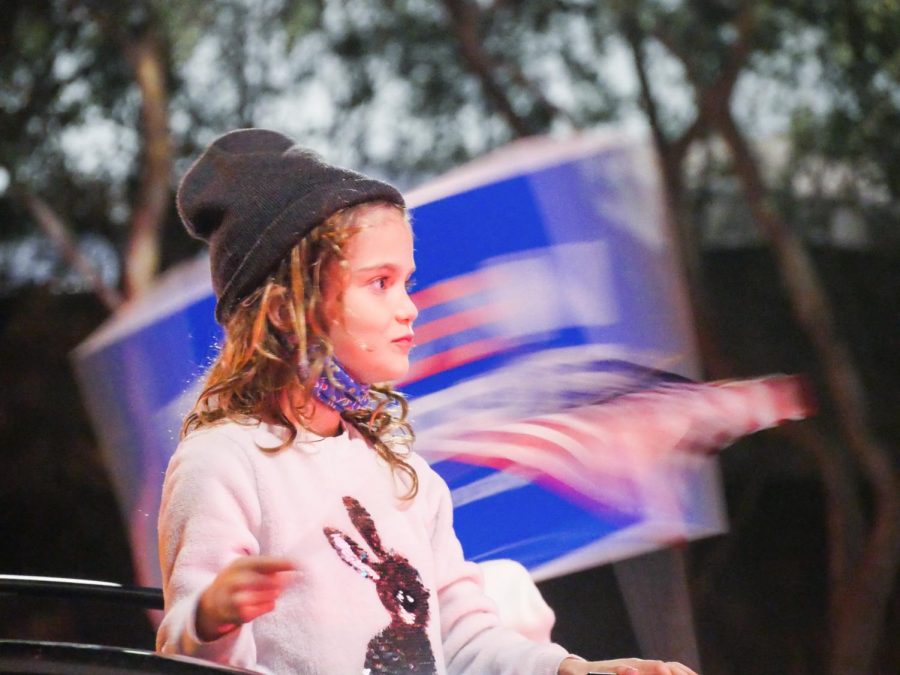 Just hours after the Associated Press called the race, supporters of President-elect Biden gathered in downtown Los Angeles, cheering and honking their horns. Over 1,000 people at a Black Lives Matter march in Pershing Square celebrated the Biden win. Less-organized parties sparked up across L.A., some in gas station parking lots and others on residential street corners.

Supporters of President Donald J. Trump gathered in Beverly Hills, where Trump supporters have gathered for weeks. Many of the protesters were asking for all votes to be counted, holding signs that say “all legal votes matter” and expressing their refusal to accept the election’s results.

Shouting “Joe is not our President” and “4 more years” pic.twitter.com/VQNfaqfTo6

Supporters of President-elect Biden gathered in West Hollywood, a mecca for the LGBTQ community in Los Angeles, in a jubilant celebration of Biden’s win. Angelenos danced, drank champagne and spiked seltzers, and shouted from their cars.

Los Angeles activists have also been celebrating wins at a local level. District Attorney Jackie Lacey, whom Black Lives Matter Los Angeles has been protesting against since October 2017, has been voted out of office. She will be replaced by George Gascón, the former San Francisco District Attorney.

The Los Angeles Board of Supervisors will be made up solely of women for the first time. Nithya Raman, an activist, urban planner and progressive candidate endorsed by Sen. Bernie Sanders, defeated incumbent David Ryu for the City Council District 4 seat.

“While I may be the first woman in the office, I will not be the last,” Harris said in her remarks. “Because every little girl watching tonight sees that this is a country of possibilities.”