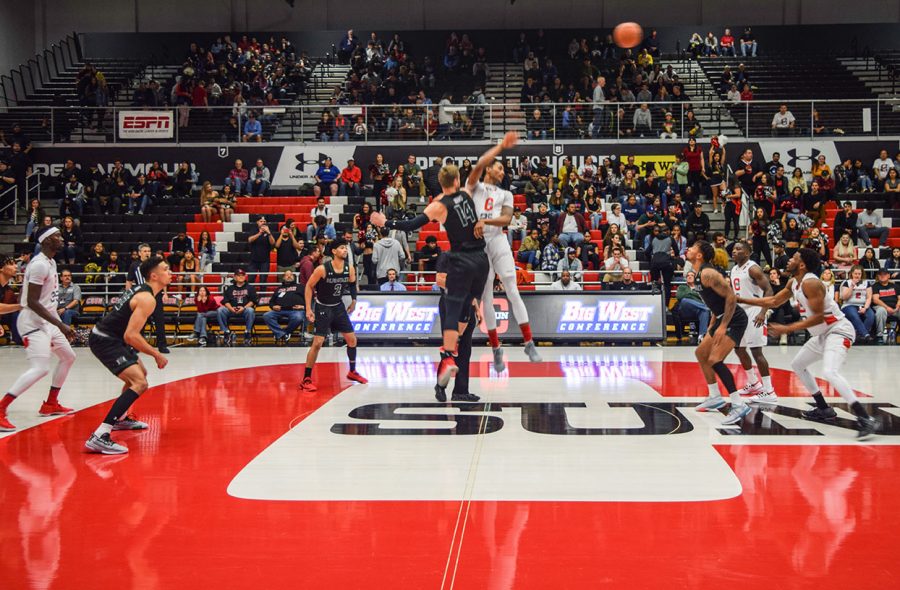 The CSUN men’s basketball team will start the season ranked in eighth place after the first Big West media poll was released on Thursday afternoon. Their ranking follows a tumultuous seven months for the Matadors since the Big West tournament was cancelled, during which eight players left the program.

The Matadors finished last season on a four-game winning streak to lock up the No. 2 seed in the conference tournament and a 10-6 conference record. Shortly after the cancellation of the postseason due to the COVID-19 pandemic, core players Terrell Gomez and Elijah Harkless transferred. Two-time Big West player of the year Lamine Diane declared for the NBA Draft. The only returning starter for the Matadors is junior point guard Darius Brown II, who is the active Big West assists leader with 303.

Brown will be joined in the backcourt by Texas A&M transfer TJ Starks, who averaged 12.3 points per game as a freshman and sat out last season due to the NCAA’s transfer eligibility rules. The Matadors rotation appears as if it will feature highly-touted freshmen Fidelis Okereke, Amound Anderson and Kailen Rains.

UC Irvine received the most first-place points for the fourth season in a row. They were the conference regular season champions for the fifth consecutive time last season. The Anteaters were followed by UC Santa Barbara and UC Davis, who each received first-place votes and came in ranked second and third respectively. Hawai’i and UC Riverside rounded out the top five.

Long Beach State, Cal State Bakersfield, CSUN, Cal State Fullerton and Cal Poly make up the bottom half of the poll. UC San Diego was not included as they will not be recognized in the standings during their four-year transition period from Division II to Division I.

CSUN is set to begin conference play on Dec. 27 at Cal State Fullerton. Non-conference games are allowed to start on Nov. 25, but the Matadors have yet to finalize their non-conference schedule.