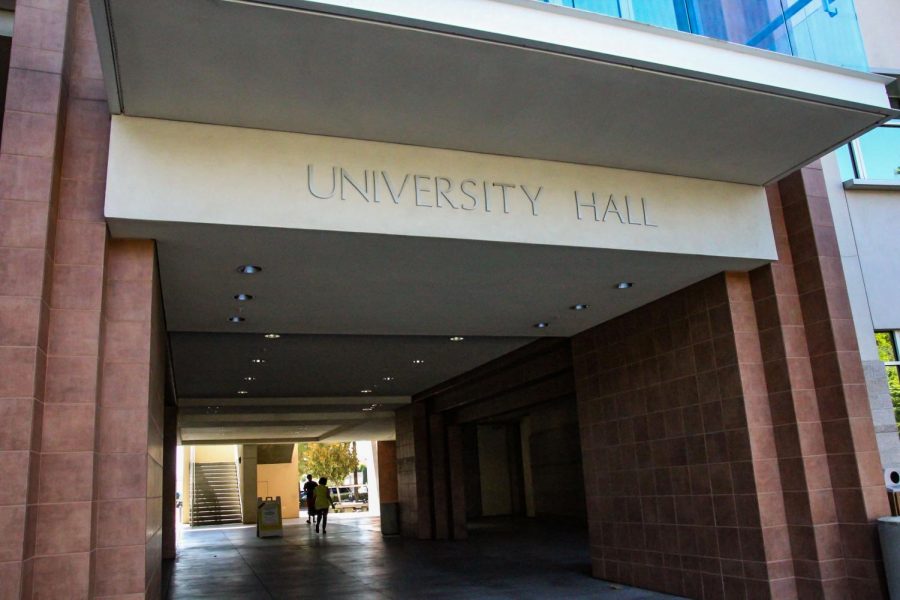 University Hall, CSUN's administration building, will be renamed to Valera Hall in honor of CSUN alumnus Milton Valera and his wife, Debbie Valera.

The California State University Board of Trustees voted on Tuesday to rename CSUN’s administration building, University Hall, to Valera Hall — after Milton and Debbie Valera.

The Valeras have donated over $11 million to programs and buildings across CSUN.

Milton Valera, a CSUN alumnus, has led the National Notary Association since 1982 and currently serves as chairman and CEO.

He served as an editor and publisher for The National Notary magazine and the Notary bulletin. Prior to his work with the NNA, Milton Valera worked at two newspapers and formed his own public relations and marketing agency.

Debbie Valera served as the executive director of the NNA for 23 years and currently serves as executive vice president. She has served on multiple boards at CSUN, including the Outstanding Graduating Senior Selection Committee.

Milton Valera serves on the boards of CSUN’s Nazarian College of Business and Economics.

Through their funding, scholarships and endowments have been created among multiple colleges, including the Mike Curb College of Arts, Media, and Communication, the Michael D. Eisner College of Education and the David Nazarian College of Business and Economics, as well as the Oviatt Library and the Soraya Nazarian Center of the Performing Arts.

They also funded an endowment for the Jewish Studies Interdisciplinary Program and the College of Humanities.

The lobby of the Soraya will be renamed the “Milt and Debbie Valera Lobby.”