AS legislative referral to increase transparency on student housing 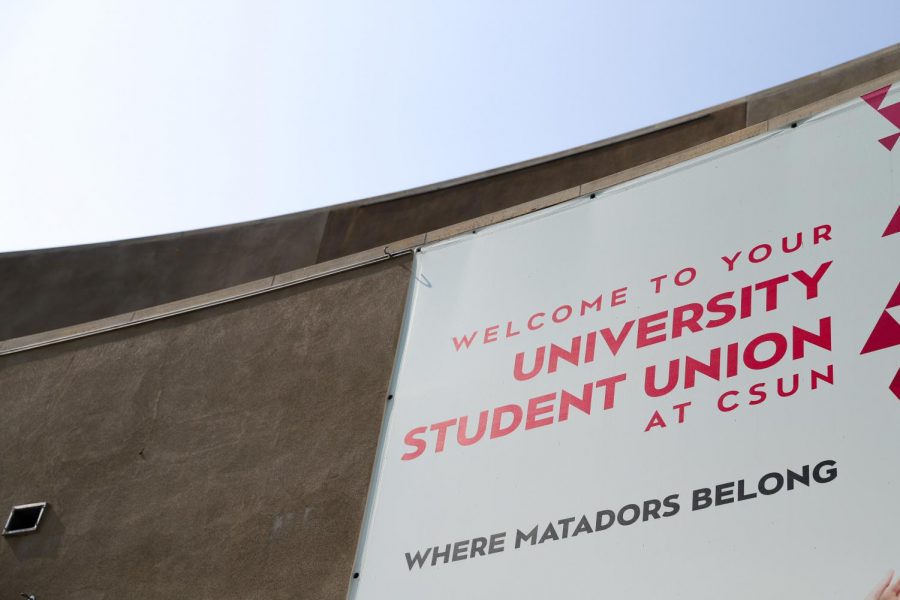 As a resident of student housing, Isabella O’Brien was concerned and confused about the 3% rent increase she saw year after year. It inspired her to get involved in student leadership and run for senator in the Associated Students spring 2020 election.

After being elected, O’Brien was determined to understand why student housing rates changed yearly and how the information was not outlined on the student housing website.

O’Brien set out to see if she could help to decrease the price of student housing rent.

“That was something that was really important to me, and that was my first goal,” O’Brien said.

O’Brien did her research on the issue by gathering information from the student housing website and scheduling an interview with the director of Student Housing and Residential Life, Claire Davis, to clarify the issue.

Through her research, O’Brien found that the funds go toward Student Housing’s general operations and functions that cover costs associated with general maintenance, supplies and employee salaries.

Davis said that the costs for utilities, supplies and services increase each year and as a result, the housing fees are increased to reflect the additional costs.

“While [the increase] is often 3%, we actually do not always increase our student housing fees each year, and when we do, it is not always 3%,” Davis said. “We base the amount of increase on budget needs, not on a set percentage.”

In addition, the increase covers the upkeep of student housing buildings. Because some of the older buildings require more general repairs, Student Housing and Residential Life invests funds into plumbing and electrical repairs and outsources larger projects to contractors.

O’Brien’s next step was to create a legislative referral to address the issue.

When O’Brien began working on the referral, Kavya Dhyasani, the AS chair of University Affairs, and Christopher Aston, the interim co-director of student development, advised her to break the issue up into parts and recommended the first action is to increase overall transparency for students.

O’Brien’s referral asked for CSUN’s student housing to create a section on their website to transparently communicate housing prices by providing a breakdown of how student rental fees are utilized and an account of the annual rental prices for the past five years.

Legislative referrals that are submitted to AS are reviewed at the weekly senate meeting, where President Rose Merida decides which standing committee to direct the referral to unless there already is a program or policy in place.

The referral was sent to the University Affairs Committee, which handles campus issues related to policies and practices by the administration and the California State University, which O’Brien is a part of; therefore, she had a hand in constructing the research that went into determining a resolution.

A resolution is a detailed recommendation for a solution to the issue addressed in a legislative referral. With thorough research, it is written and reviewed by the standing committee that discussed it, before being presented to the senate floor.

“Resolutions are a proclamation of support from the Associated Students,” said AS Vice President Deion Turner. “Oftentimes, when we pass a resolution that notifies the university the official stance that students want to take on-campus about a particular issue.”

According to Turner, legislative referrals can come from different areas of the campus. A referral can come from students who may need support from AS. Other times, an AS senator will present ideas they feel are beneficial to CSUN Students.

Turner submitted a legislative referral himself earlier in the semester, proposing the addition of a chat function to the Financial Aid and Scholarship department’s website.

The department was facing a backlog of calls and emails due to the switch to online instruction. Turner thought a chat option on the website would help accommodate student’s needs.

The University Affairs Committee brought in the director of the Financial Aid and Scholarship department, Linda Brignoni, to discuss Turner’s referral. The senate approved the resolution, but due to COVID-19, the resolution was placed on hold but will soon be prioritized, according to Dhyasani.

If a resolution is approved through the AS Senate, it will be sent out to various members of the CSUN community and, depending on the issue, could even be sent to state legislators such as Gov. Gavin Newsom.

Faculty members are also able to make suggestions for AS to address specific topics, but an AS senator would have to submit the referral on their behalf.

On Monday, O’Brien’s transparency referral was put before the AS and passed with a majority vote to approve the resolution.

O’Brien’s senate peers commended the resolution and vocalized their support.

“I think the logic here is well constructed and I think it’s an important area that goes under the radar for a lot of us in the senate, so I appreciate the fact that they’ve worked on this,” said Senator Michael Meeks during Monday’s meeting.

The resolution will be sent out to President Dianne F. Harrison, president-elect Erika D. Beck, Davis and the residents of CSUN’s student housing.
O’Brien said she hopes it will bring awareness to both current and future housing residents, who may need this information when making housing decisions.
“Next semester, I don’t know how, but I really hope that I can write a resolution that effectively manages to shave off any unnecessary payments that students have to make who live in housing,” O’Brien said.