In this episode of “The Real Influencers,” contributor Beatriz Felice Barros celebrates the heroic life and career of Chadwick Boseman, who inspired generations with his portrayal of Marvel superhero Black Panther, and real-life role models Jackie Robinson and Thurgood Marshall. 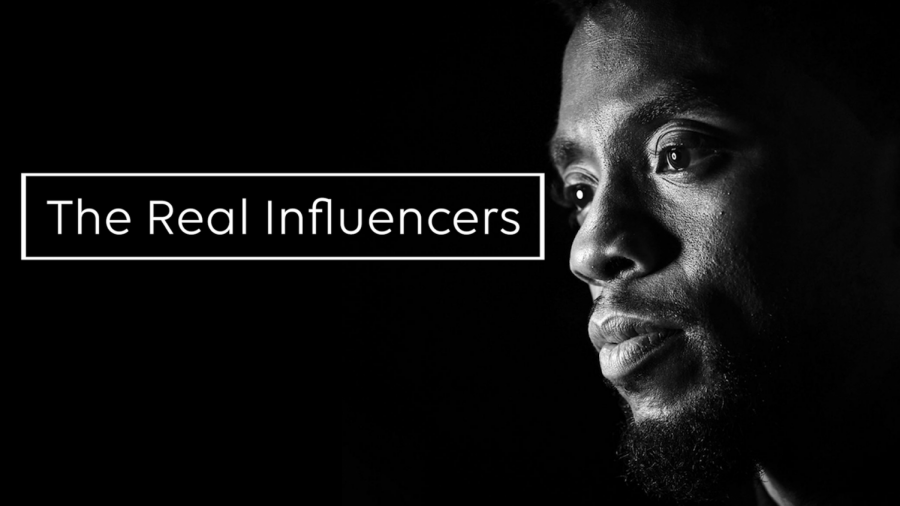 Chadwick Boseman was truly a hero, besides being a hero on the big screen and a role model for so many people around the world.

His roles in movies were more focused on adult audiences, but he was able to make a good impression on kids by playing a Marvel superhero. To some of these young fans, it was not just about the powers and the costume. It was about the story, the culture and what the character represents.

The first movie he starred in that I watched was “Gods of Egypt,” but I did not know much of him as much as I knew the other actors.

As a Marvel fan, I watched all the movies and there he was in the Black Panther movie. He got his own movie — not just being a part of the Avengers film sequels. What made him one of my real influencers was the fact that he did not give up on acting and delivered an amazing quality of entertainment to his audience. He kept being strong and showed me that persistence in doing what we love is the key to being happy.

When Boseman gave life to his most known role T’Challa, the Black Panther, his African American fans felt so honored and well represented with it. Some might even say that he is their inspiration to start being creative and making movies of their own to show the world that they have a spot to fill it up.

Throughout his career, Boseman played three real important and impacting African American characters, such as Los Angeles sports legend Jackie Robinson in “42,” Thurgood Marshall, the first African American justice and lastly James Brown, one of the creators of funk music. What all these characters have in common is how they uplift the portrayal of African American people. Being this selective with his characters made him avoid the usual stereotypes in the entertainment industry.

Boseman lived with stage II of colon cancer since being diagnosed in 2016, which later evolved to stage IV. His choice to not let his disease get in the way of his career was admirable and inspiring because he lived his life to the fullest.

Sometimes, I do think we all should live so intensely and happily because we never know what tomorrow will bring us. In a moment we are being active living our lives and going through many experiences that we might not value as much as we should, but the truth is we never know how long we have to repeat them or only to live. Life has its own time and purpose, so we might just enjoy it while we are alive.

I just wanted to highlight him as a real-life hero as himself, Chadwick Boseman, and not just the Black Panther movie hero. He was a great actor for my generation, bringing diversity and the meaning of family to the other Avengers.