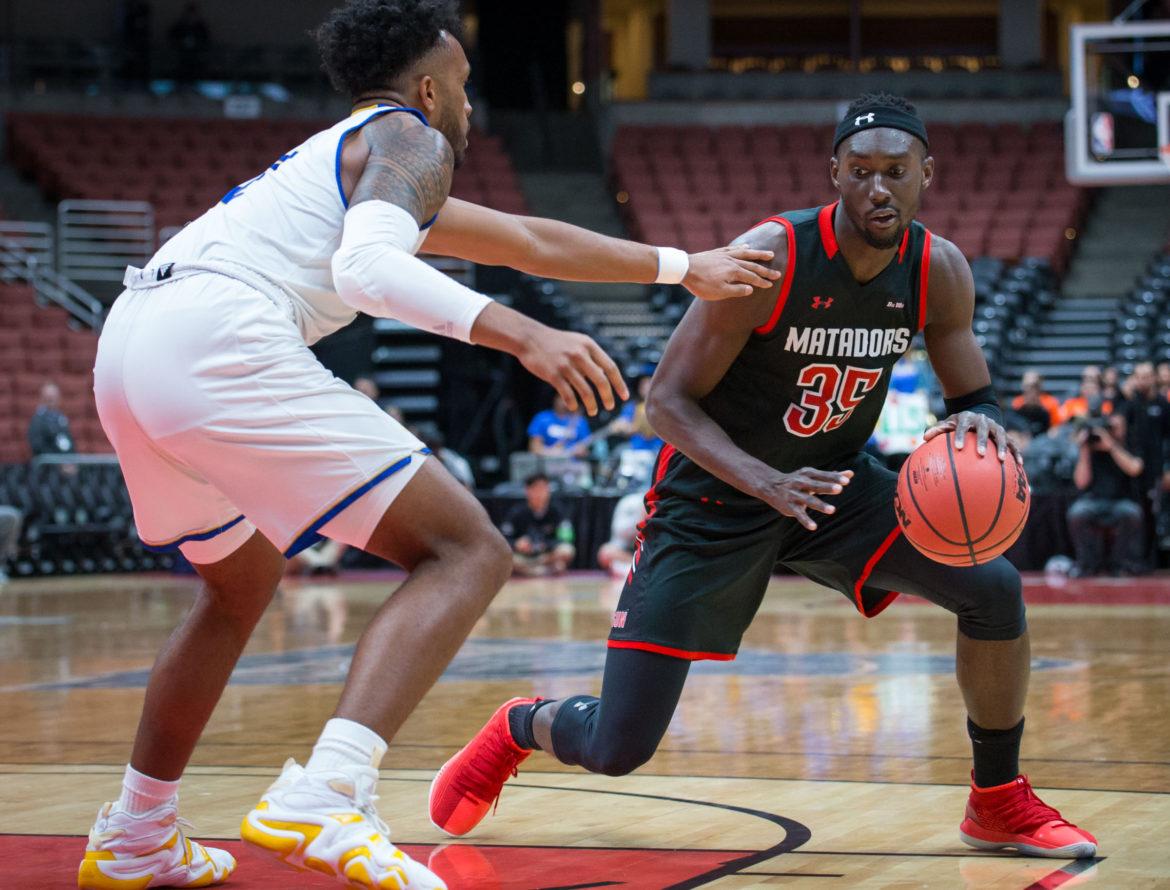 Lamine Diane, a former CSUN basketball player, is the latest to join the NBA's Philadelphia 76er's.

After his historic career as a Matador, former men’s basketball forward Lamine Diane has a chance at even more history by being the first CSUN player in 48 years to play in the NBA.

Diane signed an Exhibit 10 contract with the Philadelphia 76ers late Tuesday night. The one-year, non-guaranteed deal guarantees him a training camp invite and a $50,000 bonus to play for their G League affiliate if he is waived before the regular season begins.

New 76ers president of basketball operations Daryl Morey welcomed Diane to Philadelphia with a tweet that linked to his CSUN highlights from last season.

Diane averaged 25.1 points and 10.8 rebounds per game throughout his two years as a Matador, during which he racked up several awards including Big West Conference Player of the Year twice.

He is seen as a project at the next level, according to multiple draft analysts, as he continues to develop his jump shot. Diane only shot 29% from beyond the arc, which is further from the center of the basket in the NBA than it is in college. Diane also needs to continue to work on his shooting from the free throw line, though he improved it significantly between his freshman and sophomore year at CSUN (52% vs 66%).

If Diane is waived, he likely has a spot waiting for him on the Delaware Blue Coats, the 76ers’ G League affiliate. If Diane were to make the 76ers’ roster however, he would be just the second player in CSUN history to play in the NBA and the first since Paul McCracken played 28 games for the Houston Rockets from 1972-73.