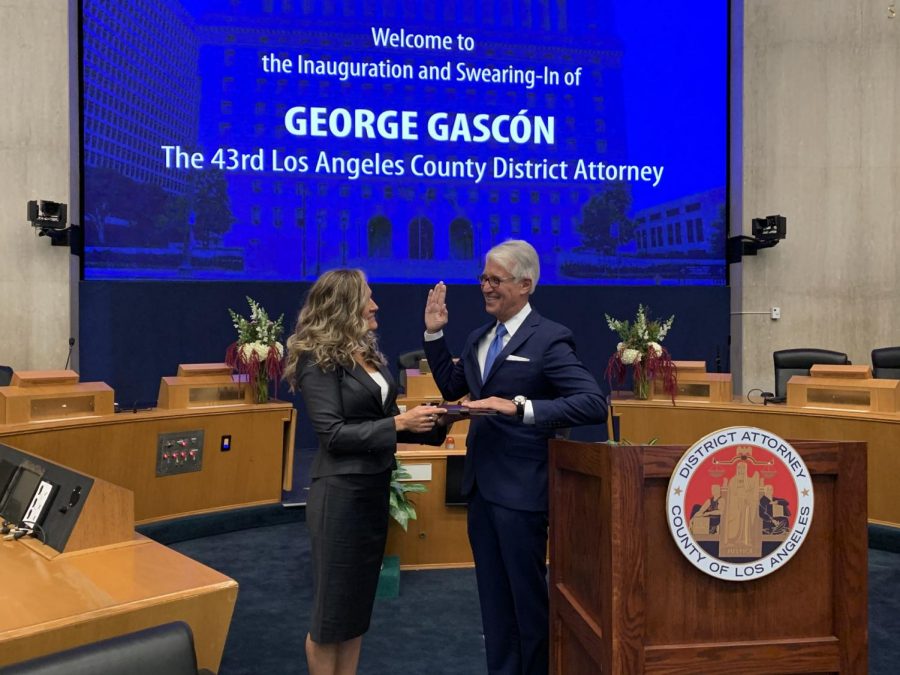 Gascón ran against the eight-year incumbent Jackie Lacey in November and received 53.5% of the votes. Lacey was considered by many to be less progressive than Gascón because of her support of the death penalty and her ties with police unions.

The sweeping changes include the removal of cash bail for any misdemeanor, the discontinuation of the death penalty, and ending the practice of prosecuting minors as adults.

Gascón stated in his inauguration speech that issues of crime and policing disproportionately affect generations of minorities and he recounted how his experience as a police officer shaped his administration’s policies.

“To this day, those moments continue to haunt me,” said Gascón. “How, with all of the resources we pour into arresting, prosecuting and incarcerating, how did we fail multiple generations of the same families?”

Gascón’s policies will also include restructuring the felony sentencing process, specifically for inmates who were convicted of nonviolent offenses.

According to Gascón’s website, 50% of incarcerated Angelenos are considered to be “low risk” of committing another crime and 20,000 of those in Los Angeles prisons can have their sentences reconsidered under Gascón’s new policies.

“The role of the District Attorney is not just to correct our path by ensuring future justice, because the pursuit of justice is timeless,” Gascón said. “That’s why we will work to correct the injustices of the past and this is how, in the state that led the way on tough-on-crime, California can lead for good, turn the tide on mass incarceration, and start anew.”

Gascón immigrated to Los Angeles from Cuba with his family as a teenager. He attended California State University, Long Beach before starting his career with the Los Angeles Police Department.

Gascón rose through the ranks and became LAPD’s deputy chief of police and later relocated to the Bay Area, where then-San Francisco Mayor Gavin Newsom chose him to be the city’s chief of police. Newsom later promoted Gascón to be the city’s district attorney after the seat was vacated by Kamala Harris, who was elected California Attorney General in 2011.

Gascón closed his inauguration speech by reiterating the morals of his new polices.

“We can break the intergenerational cycle of violence, trauma, arrest and recidivism that has led America to incarcerate more people than any other nation,” Gascón said. “It is this path that one day, will prevent our police, and our criminal justice system alike, from ever again, arresting and incarcerating the fathers, and the sons, of the same families.”

In addition to the many policy changes, Gascón also agreed to drop charges against local activist Emanuel Padilla, who in a widely-reported incident was accused of attempting to drag a barrier in front of a train during a protest against the Los Angeles County Sheriff’s Department.

Padilla’s attorney has claimed that his client’s charges were inflated for political reasons.