What Does the Kevin Durant Quarantine Mean for the Brooklyn Nets? 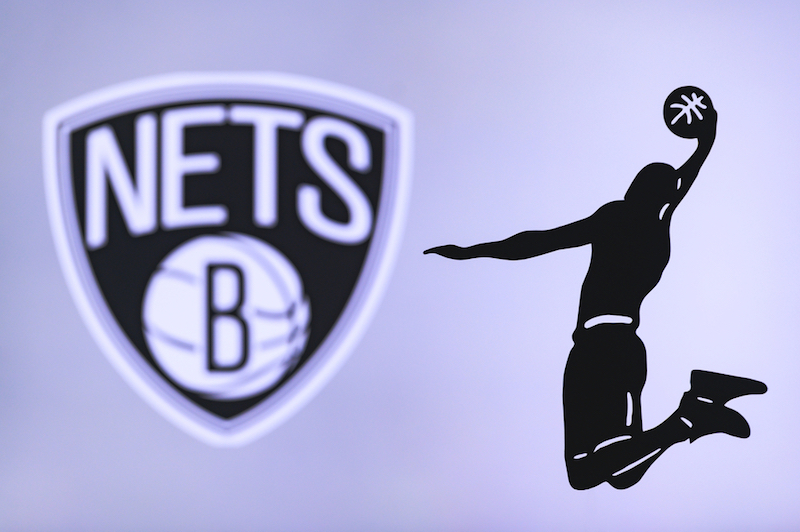 The NBA season has just started and already there are concerns related to the coronavirus pandemic. Even though it is true that a vaccine has been released, the NBA has already said that they are not going to jump the line and effort to get their players vaccinated ahead of the general public. Therefore, a lot of the concerns that played in the NBA last season are going to be in play again this season. Recently, Kevin Durant was forced to enter a seven-day quarantine. For a team that is trying to make the playoffs, this has significant ramifications for the future. What does this mean for the Brooklyn Nets
Kevin Durant Is Going To Miss at Least Four Games
Because Kevin Durant is being forced to enter a 7-Day quarantine, he is going to miss at least four games. Therefore, images of him next to the scorers table getting ready to check in are not going to be seen for at least a week. Now, there are a lot of people who are assuming that he is going to come back after missing those four games. On the other hand, if he tests positive again at a later date, this quarantine might be extended. Therefore the Brooklyn Nets might have to go without Kevin Durant for an extended amount of time. This could have significant ramifications on their ability to string together wins.
Kevin Durant and Kyrie Irving Are Trying To Develop Chemistry
There were some people who believe that the Brooklyn Nets were simply going to run through the Eastern Conference on their way to the NBA finals. This has turned out not to be the case. Right now, the Philadelphia 76ers look like they are the best team in the Eastern Conference. On the other hand, the Brooklyn Nets still look like they are trying to figure out the chemistry of their team, having recently dropped a game to the Charlotte Hornets. Even though Kevin Durant and Kyrie Irving are two of the best players in the NBA, they still need time to learn how to play together. With Kevin Durant entering a seven-day quarantine, this is going to impact their ability to do exactly that. Team development may be put on hold by Kevin Durant is away.
The Schedule Is Only Going To Get Tougher
Even after Kevin Durant comes back, the Brooklyn Nets do have to Grapple with the fact they have a very tough stretch coming up. Even with Kevin Durant in the lineup, it might be a struggle for them to go on a winning streak. Without Kevin Durant, who has consistently shown that he is one of the best players in the NBA, this might be an even greater challenge. Kevin Durant is also coming off of a serious injury. He needs playing time in order to get in better shape. As he misses these games, some people are concerned that his conditioning may suffer.
Looking at the Future of the Brooklyn Nets
In the long run, the Brooklyn Nets are not in any danger of missing the playoffs purely because Kevin Durant is going to miss these four games. On the other hand, these four games may have an impact on their seeding during the playoffs. Therefore, it will be interesting to see if the Brooklyn Nets are able to win these games even without Kevin Durant. Will Kyrie Irving be enough to carry the Brooklyn Nets to a few victories in his absence? Time will tell.

Branded content furnished by our promotional partners. The Daily Sundial editorial staff is not involved in its production.