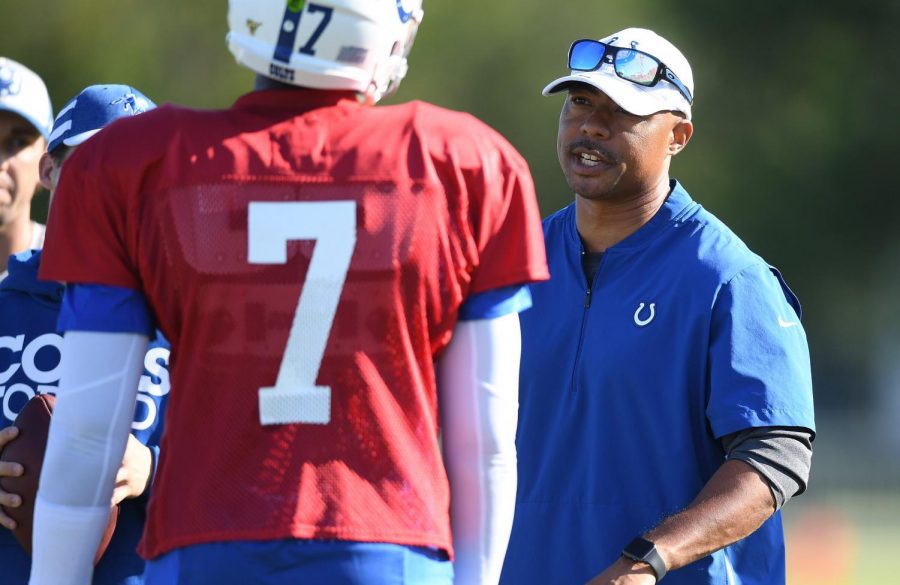 Courtesy of the Indianapolis Colts

The Indianapolis Colts promoted former CSUN football player Marcus Brady to be the team’s next offensive coordinator on Jan. 23. Brady was the quarterbacks coach for the last two seasons with the Colts.

Brady played quarterback with the Matadors from 1998-2001. Brady was also the school’s last starting quarterback as the football program was disbanded after the 2001 season.

“I love the mental aspect of the game of football,” Brady said during his introductory press conference. “With coaching, you still get the emotional rush of preparing and competing.

During his tenure as the Matadors’ quarterback, Brady broke every major passing record for the school. In his four seasons, Brady achieved 1,036 total completions, 1,677 total passing attempts, 109 passing touchdowns and 12,445 passing yards. Brady also broke the NCAA Division I-AA passing records for attempts and completions during his CSUN tenure.

Brady ended his CSUN career after playing a total of 43 games. He achieved All-American status in his junior and senior seasons. Brady was inducted into the Matador Hall of Fame in 2009.

“The five years I spent at Northridge provided me with some great memories,” Brady said during his Hall of Fame induction. “I’d like to thank all my teammates whom I went to battle with on the field, and became very good friends with off the field. I’d also like to thank the many coaches I encountered that helped me become a better football player which resulted in my continued success.”

During his two seasons as quarterbacks coach with the Colts, Brady was part of one of the more efficient offenses in the NFL, finishing in the top ten in points per game and first downs per game.