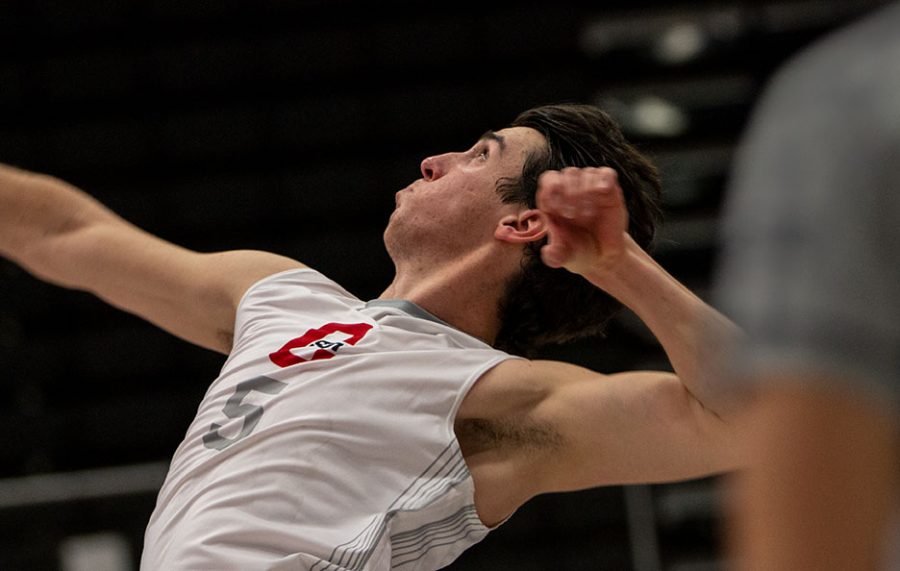 In an annual preseason poll, the Big West men’s volleyball head coaches voted CSUN as the likely sixth place team in the conference, according to a press release.

In the poll, the Matadors received 6 total points from voting as they are coming off a 4-11 season in 2020, which was sixth in the conference out of six teams.

University of Hawai’i, who finished 15-1 in 2020 and received all six first place votes for a total of 36 points, is the unanimous choice to win the 2021 Big West men’s volleyball championship.

CSUN head coach Jeff Campbell acknowledged the poll made sense because it is based on last season when they were one of the youngest teams in the country, but the team wouldn’t let it affect their outlook.

“We’re not looking at polls or basing anything we do on the preseason polls,” Campbell said. “It’s not how you start, it’s how you finish. As a team, we just need to work hard and get better every day.”

The Matadors will be relying on two stand-out players, Daniel Wetter and Kyle Hobus, to help them prove the polling wrong in 2021.

Wetter is a middle blocker who received AVCA Honorable Mention All-American recognition in 2020 after a .528 hitting percentage, which was first in the Big West. Hobus is an outside hitter who was named the Big West Co-Freshman of the Year last season after ranking 8th in the conference in kills per set at 3.02.

“We’re still a very young team and virtually every other team in the conference has a lot of seniors,” Campbell said. “We played quite a few close matches in 2020 and with a good portion of our guys getting that partial year of experience last year, we feel we can win some of those close matches this season.”