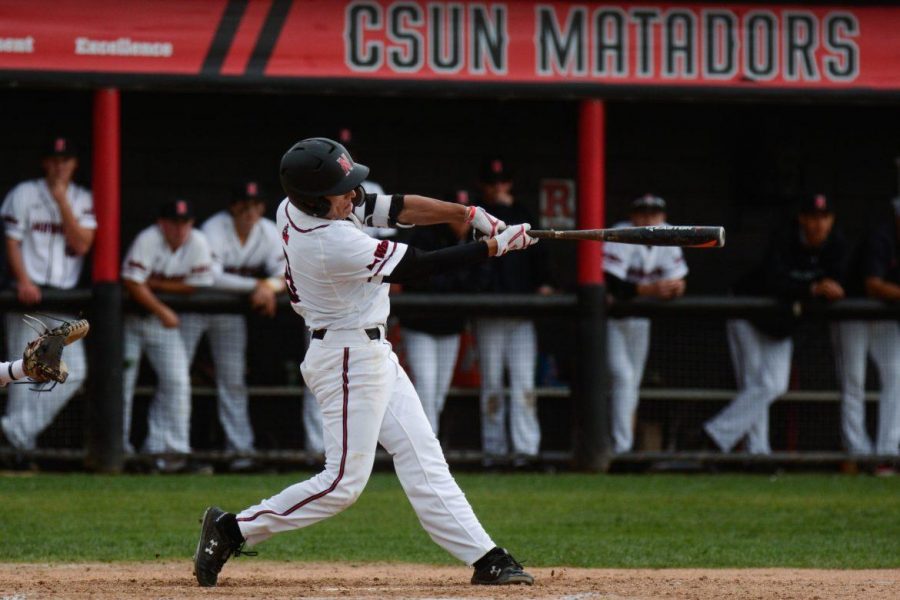 The CSUN baseball team was ranked sixth in the annual Big West Conference preseason coaches poll released Thursday. The team received one first-place vote and finished with 64 points out of 787.

The Matadors are looking to continue to ride the wave of last season’s superb start before the COVID-19 pandemic shut down the season.

First-year manager Dave Serrano led the team to a 10-5 record as they started the season flying out the gate with a 7-0 start. Some of those wins came against nationally-ranked schools, such as the University of Central Florida, Grand Canyon University, Gonzaga University and Fordham University — a team that made the NCAA Regional Playoffs in 2019.

The team is returning what is sure to be one of the most experienced teams in the Big West Conference with a roster makeup of 26 upperclassmen, 21 letterwinners, 12 true freshmen, and 7 junior college transfers.

Schriever, who is in his fifth year in the program, excelled in his role as the team’s closer, racking up four saves, eight strikeouts and a 0.82 ERA over 11.0 innings. Due to injury, Skelly was held to six starts and 12 appearances, but he still produced at the plate batting .296 with four RBIs and a home run.