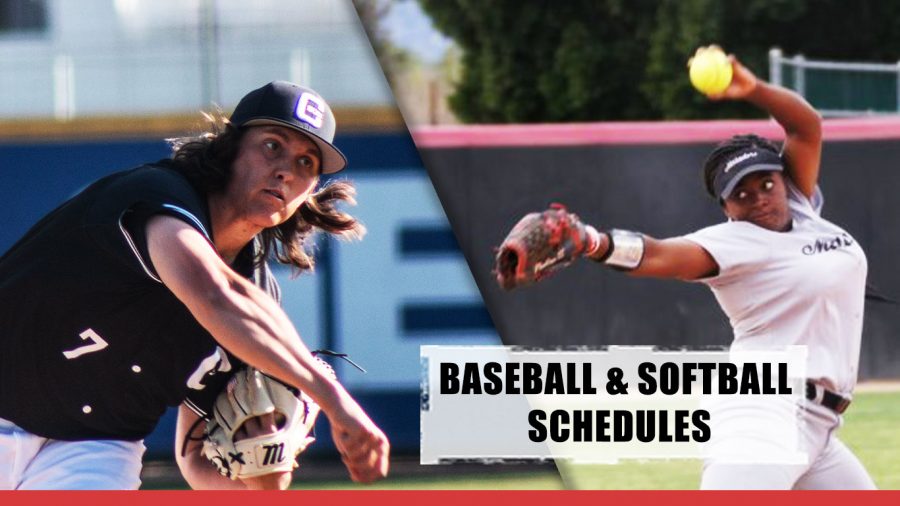 CSUN baseball and softball teams announced their Big West conference schedules. Both teams were unable to practice in the fall due to the COVID-19 pandemic.

Both CSUN baseball and softball teams have announced their Big West conference schedules for the upcoming season. Due to the lack of practices this past fall, the team will not be playing nonconference games this spring to ensure their health and safety.

“This will give our players the best opportunity to compete,” said softball head coach Charlotte Morgan via a press release. “We will use this season to establish the groundwork for our program and grow everyday as a family.”

Starting his second year as head coach for the Matadors, Dave Serrano announced the CSUN baseball team will play 40 conference games. The season will go for 10 weeks, with the team playing a four-game series against each team.

“As much as we want to compete and play games against non-conference competition, the health of our student-athletes will always be our top priority,” Serrano said via a statement.

Starting off the season, CSUN will be playing at home in a three-game series against Cal Poly on March 20-22. In April, 12 out of their 17 games will be played at home field.

Through the month of April CSUN’s baseball team will be playing in the Matador home field. They will be facing multiple three-game series against UC Irvine on April 1-3, UC Santa Barbara on April 9-11, UC Riverside on April 16-18 and Cal State Fullerton on April 23-25.

The Matadors will be on the road for the last month of the season. CSUN will go against Cal State Bakersfield on April 30-May 2, UC Davis on May 7-9 and UC San Diego on May 27-29. The Matadors will close the regular season at home against Hawai’i on May 14-16.

Morgan announced Thursday the softball team will only be playing 24 conference games. They will be facing each team with a two-game series.

The Matadors’ first game of the season will be on the road to face Cal Poly on March 21. The next day, the Matadors will have their home opener against Hawai’i.

In the first week of April, CSUN will go against Cal State Long Beach at home on April 2-3. They will go back on the road and play against Cal State Fullerton from April 9-10. For the next two weeks, the Matadors will return home and face UC Davis on April 16-17 and UC Riverside on April 24-25.

With only a week until their respective practices begin, the Matadors’ baseball and softball teams are more than ready to get back on the field.

“We will work hard to catch up with our competitors who have been practicing for a while, yet we will not use this as an excuse in any way shape or form,” said Serrano. “I have confidence in our team that we will be ready to go when they say play ball.”