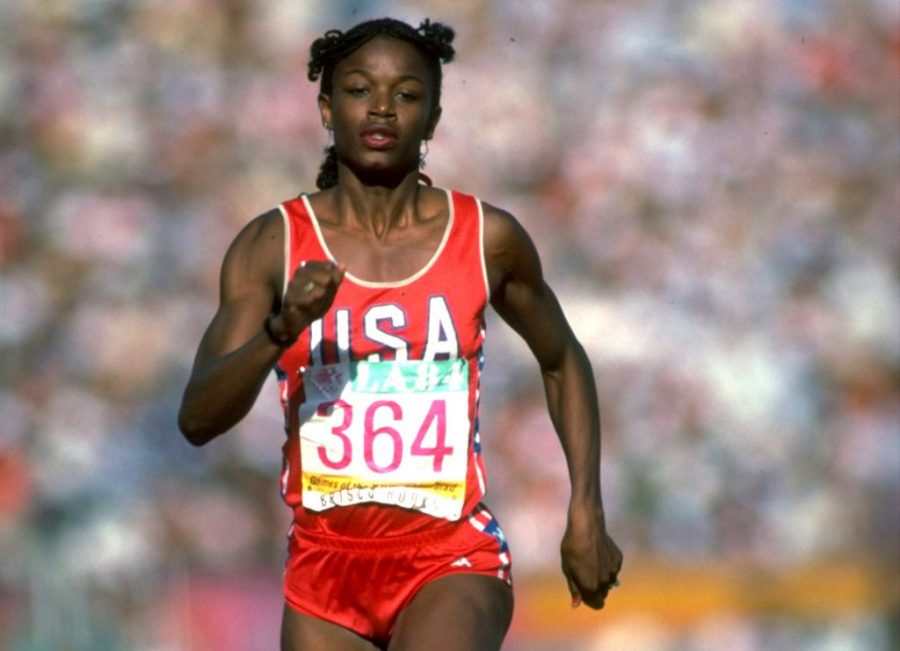 CSUN has had a diverse collection of athletes who have walked onto its campus, from Major League Baseball players to figure skaters and Olympians. But only a select few have left an indelible mark on their respective fields, where many of their records still stand today. Here are the five greatest Black Matadors in CSUN history.

It’s safe to say that Stephan Hicks is one of the best basketball players to walk through the doors of the Matadome. Hicks is the school’s all-time leading scorer while also holding six other Matador records. In 2014, Hicks helped CSUN advance to the Big West Tournament finals. As a senior, he finished eighth all-time in Big West Conference scoring.

After leaving CSUN, he played for the Indiana Pacers’ G League affiliate, the Fort Wayne Mad Ants. He was called up to the Pacers twice on 10-day contracts but was sent down without seeing any NBA minutes. Now, he currently plays in Taiwan for the Formosa Taishin Dreamers.

When you win three gold medals in a single Olympics, it’s hard to leave you off any list that has the word greatest or best in the title. At CSUN, she won the 200-meter women’s championship, which earned her a spot on the U.S. team for the 1979 Pan American Games. But her most impressive and record-breaking performance came at the 1984 Olympic games in Los Angeles, where she became the first Olympian in history to win gold medals in the 200-meter and 400-meter races in a single year. Her 400-meter time of 48.83 seconds was the Olympic record at the time. During the 1988 Olympic Games in Seoul, she added a silver medal to her collection.

Though CSUN no longer has a football program, Marcus Brady’s impact is still felt across campus. At quarterback for the Matadors, Brady started 43 consecutive games. At the end of his tenure, he was regarded as the best player to ever play football at CSUN. He holds the records for completions, yards, attempts, touchdowns and also earned All-American honors. After a stint in the Canadian Football League, he finally found his way to the NFL where he is currently the offensive coordinator for the Indianapolis Colts.

In a life tragically cut short, Lyman Bostock Jr. made the most of his time while he was still here. The son of Negro League Star Lyman Bostock Sr, Bostock Jr. followed in his father’s footsteps and decided to pick up a baseball bat. And like his father, Bostock Jr. picked up the sport naturally. The next step for most players would be college and then, if they’re lucky, the majors. But due to rising racial conflict around the country, Bostock Jr. chose not to play his first two years in college. Instead, he chose to participate in student protests with the Black Student Union.

While attending then-called San Fernando Valley State College, Bostock Jr.’s activism is what most remember about him, but his on-field prowess is still etched in CSUN’s record books. In just two seasons for the Matadors, he became an all-conference player hitting .344 as a junior and .296 as a senior. After being drafted by the Minnesota Twins and flying through the minor leagues, Bostock Jr. was called up to the majors where in four short seasons he was a .311 hitter with gold glove defense to match. Tragically, Lyman Bostock Jr.’s life was cut short on Sept. 23, 1978, after an altercation ended with him taking a gunshot to the temple.

It’s not hyperbole to state that Florence Griffith Joyner is the fastest woman to have ever lived. In the 1988 Olympic games, she set the world records for both the women’s 100m and 200m races. Both records still stand today nearly three decades later. At CSUN, she won the national championship during her first year. Shortly after, she dropped out to work as a bank teller to help support her family. But Joyner never stopped training, and a few years later she was prepping for the 1980 Olympics. Due to the United States’ boycott of that year’s games, she could not compete, but four years later, she made her Olympic debut where she won the silver medal in the 200m. It wasn’t until 1988 where she became a global superstar and dominated the Olympic games like Jesse Owens before her and Usain Bolt after her. Ten years after she arrived on the global stage, Joyner passed away in her sleep from an epileptic seizure in 1998.