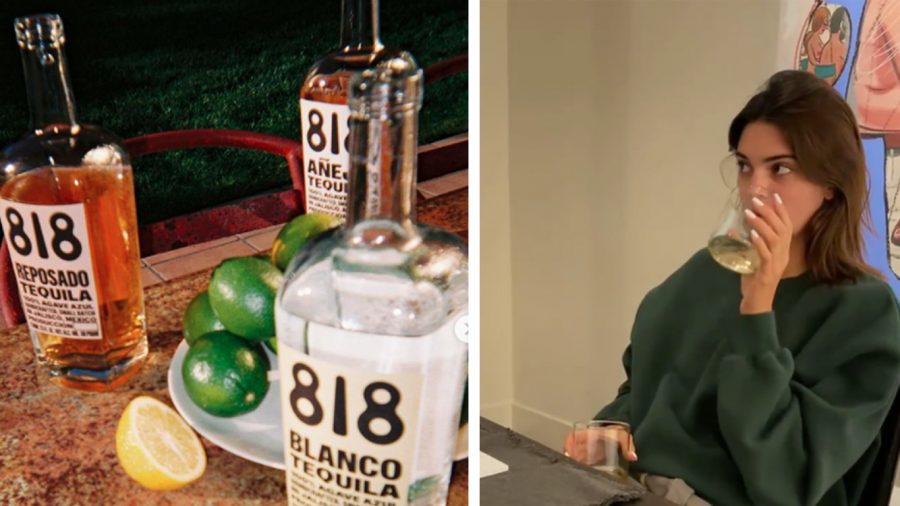 Kendall Jenner, a Calabasas native, announced on social media that she will be launching a tequila called, “818.” Not only is this cultural appropriation, it’s gentrification.

Although Calabasas is incorporated into the 818 area code, Jenner naming the drink “818” is marginalizing communities such as the San Fernando Valley communities and she has offended many who live there.

With over 152.3 million followers on Instagram, Jenner obviously has the money and resources available to promote it, so why not get into the wine industry or something that she has more access or knowledge of?

The bottle says “818, Reposado Tequila 100% agave azul, handcrafted, small batch in Jalisco, Mexico production,” and will be priced at $59.99. The Instagram post also shows that the tequila has already won a series of awards in the spirits industry, receiving 96 points and stating it’s the “greatest tasting tequila of 2020.” Some of the ingredients consist of brown sugar, vanilla syrup and spicy cinnamon with roasted agave and a spicy sweet finish.

The 25-year-old model said she has been developing this brand for almost four years. Just four years? Was she working on this while working full time as a runway model or being on “Keeping Up With the Kardashians?” How many hours in the day was she investing in this? I don’t believe Jenner has enough experience to say she has invested four years of her time creating “the best tasting tequila.”

Many quickly shared their irritation on social media about Jenner’s marketing post.

Kendall Jenner starting a tequila brand, with zero knowledge on Mexican culture and calling it “818 tequila” is GENTRIFICATION. The 818 does not claim Calabasas. What about those smaller, family owned Mexican tequila/mezcal brands? They deserve the hype & support.

Cultural appropriation isn’t uncommon for the Kardashian/Jenner family. In 2019, Jenner’s older sister Kim Kardashian was accused of appropriating Japanese culture for the launch of her shapewear, initially called “Kimono.” She changed it to “Skims” due to the backlash.

Using “818” also exploits people’s culturalism by colonizing the area code that is shared with less affluent communities within the San Fernando Valley. Communities such as Pacoima, Van Nuys, Arleta, Sylmar and so many more are being affected by this pandemic. We shouldn’t forget to support local businesses who are currently standing on egg shells.

There are family-owned and operated businesses that have been crafting tequila for generations. Not only will this prevent smaller underrepresented tequila brands from succeeding and insults their hard work.

As a Latina and daughter of a small business owner, I am appalled at her post and so called investment, which will take away all the work local Mexican artisans, street vendors and small growing businesses have worked so hard for. While I support women entrepreneurs, I don’t support Jenner’s tequila brand.