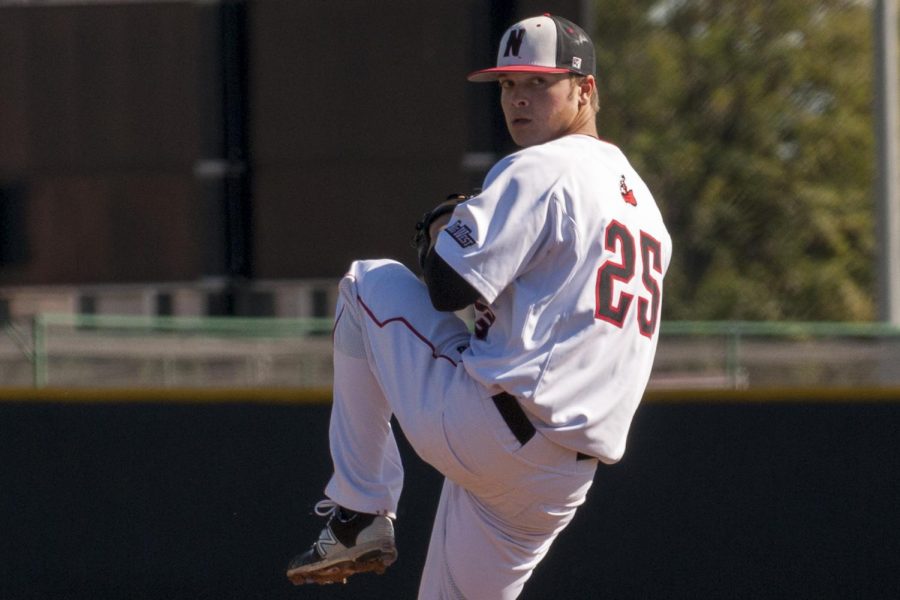 CSUN closer Connor O'Neil on the mound getting ready to throw a pitch. O'Neil picked up the save on the teams' 900th win.

This Week in Matador History takes a look back at two accomplishments for CSUN baseball: a player picking up a school record and a career game for another player.

On Feb. 27, 2016, CSUN baseball picked up its 900th all-time home victory at Matador Field with a 4-2 win over Northern Colorado in game one of a doubleheader sweep.

The game was started by Joe Ryan who pitched five innings, allowing two runs on four hits with six strikeouts and one walk. The win went to Joey Deceglie, who threw 2 1/3  innings and allowed no runs before being relieved by Conner O’Neil. O’Neil recorded the final five outs to pick up the save.

With that save, O’Neil became the all-time saves leader for CSUN baseball. He ended his career at CSUN with 29 saves in 78 games from 2015-17. He also finished with a 2.53 ERA and 197 strikeouts, ranking sixth and 10th respectively in the Matadors’ record books.

In the 2017 MLB Draft, O’Neil was selected by the New York Mets in the seventh round. He was pitching for the Mets’ minor league affiliate Columbia Fireflies in 2019, however the 2020 minor league season was canceled due to the coronavirus.

In game two of the doubleheader, the Matadors’ pitching staff struck out 19 hitters in a 6-0 win — the fourth time in school history. Starting pitcher Kenny Rosenberg pitched 7 2/3 innings while allowing only one hit, walking one and striking out 16. Samuel Myers pitched the final 1 1/3 innings and added three strikeouts.

Rosenberg went on to get drafted by the Tampa Bay Rays in the eigth round of the 2016 MLB Draft and was invited to the 2021 spring training as a non-roster invitee.

On Feb. 21, 2017, Justin Toerner had a career-high four hits and was the winning pitcher in a 13-7 victory over Pepperdine University.

Toerner started in center field and went 4-5 at the plate with three runs scored, one RBI and one double. On the mound, Toerner threw 1 2/3 innings, allowed one hit with no runs and added two strikeouts.

Toerner played for the Matadors from 2015-18 and holds multiple spots on the CSUN baseball career leaderboard as he was fourth in games played with 219, eighth in at-bats with 779, tied for fourth with 13 triples and seventh in walks with 105.

He was drafted by the St. Louis Cardinals in the 28th round of the 2018 MLB draft and is currently at spring training with them as a non-roster invitee.