AS votes to give $35,000 to a new social justice scholarship 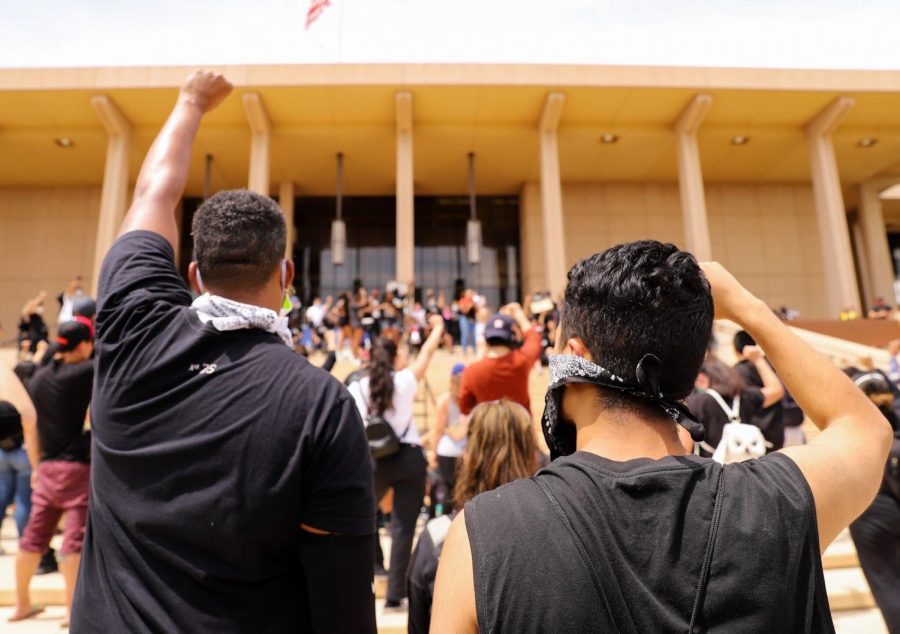 The recent scholarship will benefit those who have been working for social justice change.

The Associated Students will allocate $35,000 from its funding to a justice scholarship to support students who have been actively involved in social justice work. The senate voted to approve the allocation during the AS meeting on Monday.

The untitled justice scholarship is an opportunity for AS and the University Student Union to team up and provide recognition and support to students who committed themselves to social activism throughout their high school and college careers.

AS Vice President Deion Turner garnered the support from the AS finance committee last week to approve the funding.

“With the amount of social and political unrest going on, it is important that we recognize students who continue to show leadership within their communities, despite being in financial need themselves,” Turner said.

To qualify, students will need to demonstrate a need for the scholarship by filling out an application and submitting an essay.

The scholarship committee, which is made up of AS and USU representatives, will meet next week to discuss the application requirements, the amount of the award and the frequency in which the scholarship will be distributed.

The senate voted to allocate $1,300 from the AS budget to the African Student Organization for their annual culture show. The event, which is tentatively scheduled for April, celebrates African culture and features guest speakers, various cultural dances and musical performances.

During the open forum portion, Debbi Mercado, a program coordinator with the Office of Student Success, announced the second annual Student Success Champion celebration. Students can nominate any CSUN student employee, leader and staff member who has gone above and beyond to support student success.

The selected individuals will be honored at the ceremony in late April. Nominations are now open and should be submitted no later than April 5.

All three constitutions presented before the senate were approved unanimously.

The first motion was to approve the constitution for The American Medical Women’s Association. The club aims to foster a community for women in science and the medical profession by providing mentorship, internship opportunities and resources.

The CSUN Girls Who Code is an organization that supports closing the gender gap in technology by providing its members with community events and learning resources. The club aims at tackling issues that women face in the computer science and engineering fields.

The third motion was to approve the Sociology Club’s constitution. According to the club’s Instagram, the organization aims to promote leadership, unity and community service among students.

Mikayla Gibson, a graduate student, majoring in political science, was elected to the AS Judicial Court as an associate justice by the senate. Gibson transferred from the College of the Canyons, where she graduated with three associate degrees in three years.

The senate also elected Mitul Kalra, a first-year student majoring in communication, to the Lobby Corps — a team of students who work with AS to represent student interests.