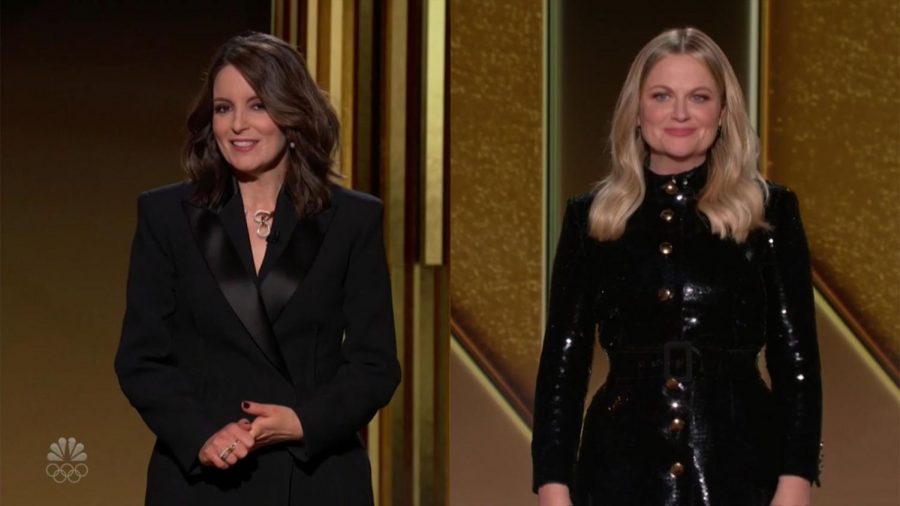 The 78th Golden Globes Awards, which aired on Sunday, was a night filled with surprises and challenges. Didn’t watch the event? Don’t fret! Here is a list of the top five moments that occurred during one of Hollywood’s most high-profiled events.

1. A socially-distanced show
Due to the ongoing COVID-19 pandemic, this year’s Golden Globes Awards were held in two different locations: the Rainbow Room inside the Rockefeller Center in New York City and the Beverly Hilton’s International Ballroom in Los Angeles. Tina Fey co-hosted the show in New York City while Amy Poehler co-hosted in Los Angeles. A small audience was present in each respective location wearing masks, all of whom were “smoking-hot first responders and essential workers,” according to Fey. Those in attendance were all tested for COVID prior to the show.

2. Chadwick Boseman’s posthumous win
The late Chadwick Boseman won a Golden Globe for Best Actor in a Motion Picture – Drama for his role in the film, “Ma Rainey’s Black Bottom.”

“Ma Rainey’s Black Bottom” was Boseman’s last film. His wife, Simone Ledward, accepted the award and gave a speech through Zoom. “He would say something beautiful, something inspiring, something that would amplify that little voice inside of all of us that tells you you can, that tells you to keep going, that calls you back to what you are meant to be doing at this moment in history,” Ledward said about Boseman.

3.  Technical difficulties with Zoom
Everyone who’s used the teleconferencing software understands that it isn’t the easiest to navigate due to internet connectivity issues or someone not realizing that their audio is muted.

This was the case during “Judas and the Black Messiah” star Daniel Kaluuya’s acceptance speech for Best Supporting Actor. While Kaluuya was giving the first acceptance speech of the night, his mic was muted. Laura Dern, who presented the award, quickly began to move on, stating there were technical difficulties. However, the cameras cut back to Kaluuya and the actor yelled, “You did me dirty!” Kaluuya continued his acceptance speech with no other problems.

Zhao thanked everyone for making the film possible and dedicated the award to the whole “Nomadland” team. This year’s Globes was also the first year three female directors were nominated for Best Director.

5. Inclusivity and diversity speeches
The Hollywood Foreign Press Association has been under scrutiny for the lack of diversity in their members. The non-profit organization has a total of 87 members and according to a Los Angeles Times’ investigative report, the organization’s membership did not have Black members.

Throughout the night, celebrities who were in attendance, such as Sacha Baron Cohen, Jane Fonda, Dan Levy, Tina Fey, Amy Poehler and many others, have called out the organization in their speeches.

“Thank you to the all-white Hollywood Foreign Press” said Cohen during his acceptance speech for winning Best Musical/Comedy Motion Picture. Levy addressed inclusivity in his acceptance speech, stating, “I hope this time next year, this ceremony includes the true breadth and depth of the industry today.”

HFPA vice-president Helen Hoehne agreed that there should be more diversity and inclusivity in the organization. “We recognize we have work to do. Just like in film and television, Black representation is vital. We must have Black journalists in our organization,” Hoehne said.