How Does Magnetic Eyeliner Work? 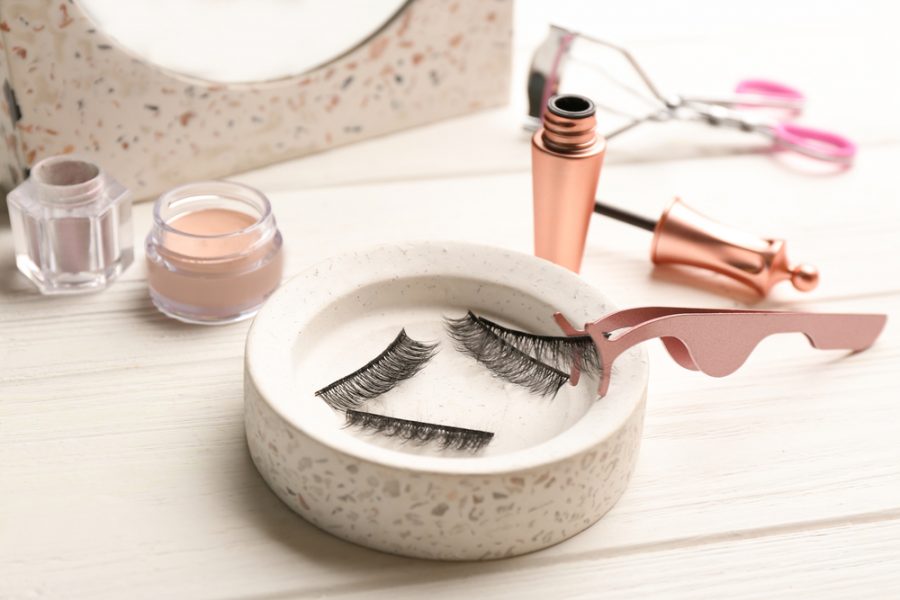 Eyeliner has been being used by humankind for over 10,000 years. It has changed quite a bit since it was used by the ancient Egyptians, though.
The Journey to Magnetic Liner
When you think of a traditional liner, you envision an eyeliner pencil. It works well enough, but you have to sharpen it to get a clean application continually. If not, you end up with a very thick and heavy liner.

We see the first advancement in eyeliner during the 1950s. This is the decade that gave us the invention of liquid eyeliner.  Once liquid eyeliner makes its debut into the world of make-up, it changes the game completely. People now don’t have to sharpen their liner anymore.

Liquid eyeliner is applied with a fine-tipped brush. This allows for exact and crisp application. It is no coincidence that as the ’60s arrived, so does the popularity of the cat-eye liner.

Since it is now easier to apply eyeliner when it is in liquid form, more people are getting adventurous and experimenting with their make-up looks.

Once the internet becomes widely available at the dawn of the new millennium, a new breed of make-up enthusiasts is born. The beauty guru becomes famous thanks to the rise of video hosting and social media sites. They offer their fans make-up tutorials and help to normalize the wearing of false lashes.

The influence of the beauty guru causes false eyelashes to grow in popularity. When the average make-up user tries to apply traditional lashes at home, they are disappointed with how challenging it is.

Traditional false eyelashes call for lash glue to adhere to the false lash to the user’s eye.
The glue is not only hard to use. It is also toxic if you get it in your eye and causes your natural lashes to fall out.

In 2018 it was clear that there was a need for a false eyelash that was more user-friendly. This is when magnetic eyeliner hit the market. This advancement in eyeliner allowed for the average make-up user to be able to apply lashes easily.
How does it work?
Magnetic eyeliner feels like it is magic. It is applied the same way as any other liquid liner. You can even choose to replace your liquid liner with a magnetic liner that way. You always have the option to add lashes.

Even though you are not supposed to reveal the secrets of magic, the way magnetic eyeliner works is quite simple. Liquid liner has always contained iron oxide. Merely increasing the ratio of iron oxide makes the liner magnetic.

The next natural question: is this safe? The simple answer is yes, and it is FDA approved. No need to worry. There is no crazy new ingredient added to magnetic eyeliner.

You apply magnetic eyeliner the same way you would use your liner any day. Then take a pair of magnetic lashes and just lay them on top of your lashes. The magnets at the base of the lashes adhere securely to the liner.

To wrap everything up, thanks to extra iron oxide’s addition to the formula of magnetic eyeliner, eyelash glue is no longer needed to wear beautiful full long lashes. You just lay them on when you want and pull them off with ease when finished. Once you use magnetic eyeliner, you will genuinely believe it is magic.