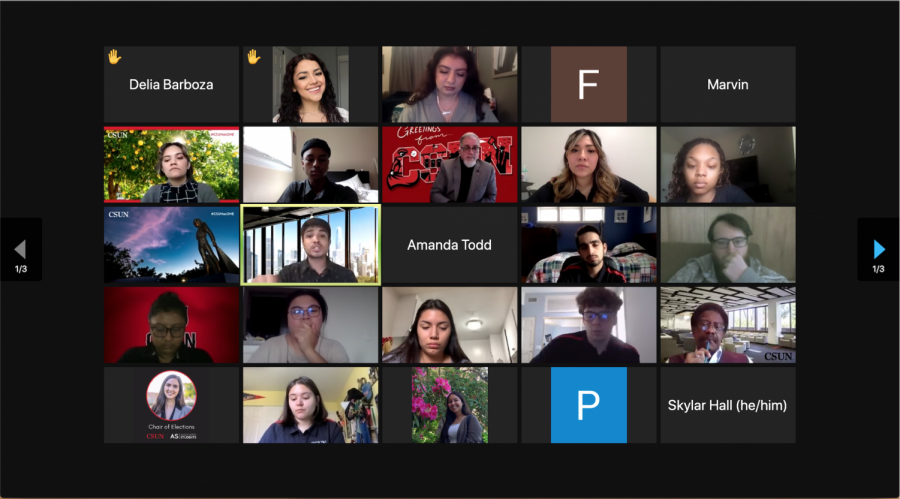 On Monday, the Associated Students Senate reviewed a senate bill which will put into motion an investigation on discriminatory actions.

The AS discussed how they will condemn white supremacy on campus during their weekly Zoom meeting. The following demonstrates where the AS stands on the senate bill, as well as approvals and announcements from the senate.

In response to the January 6 riot at the Capitol, Chair of Legislative Affairs Sahara Damon and Chair of Elections Evelyn Jimenez created the Senate Bill 2020-21-007: Resolution Condemning White Supremacy and Riot at the Capitol. One of the rioters is CSUN student James McMillan, a former men’s volleyball player. According to his LinkedIn account, McMillan is still a CSUN student.

The bill requests a formal investigation to be conducted by the administration in regard to McMillan’s actions on January 6. It calls for a task force on campus composed of students, faculty and staff that will conduct investigations into hate speech, violence and false information within the campus. The bill also requests CSUN to be transparent with their students about the actions they are taking upon McMillan.

Damon and Jimenez stated that the campus should be held accountable to condemn any example of white supremacy and to prioritize the safety and inclusivity of students who felt targeted by McMillan’s actions. The bill was supported by members of the CSUN community during the open forum.

Graduate student Daniel Garcia, the founder of the non-profit program Colored Minds, which aims to dismantle systemic inequalities for people of color, joined the AS meeting to speak on the issue.

“I’m not here to hold any student accountable. That’s your job. I’m here to hold you accountable because you represent me now. I’m asking you to fully condemn white supremacy at any level,” said Garcia.

Chair of Personnel Sammy Machado announced student and staff member of the month during the open forum. The student of the month is Sahara Damon, who hosted a virtual forum where students submitted questions for Los Angeles Mayor Eric Garcetti. Damon also helped students register to vote during the 2020 Presidential Election. In addition, she is currently working on getting a legislative referral on condemning white supremacy and actions from the Capital riot passed in the senate.

Staff member of the month is L. Cherie Hogan, who has held her position as supervising teacher for 19 years at the AS Children’s Center. Hogan has taught Early Childhood Education to babies and toddlers for decades. She also has been a mentor for ECE and an adjunct instructor at a local junior college.

The FAANG Coding Club constitution was approved unanimously. The club will teach students to learn to solve basic algorithmic problems and Java.