AS stands with the AAPI community against anti-Asian hate crimes 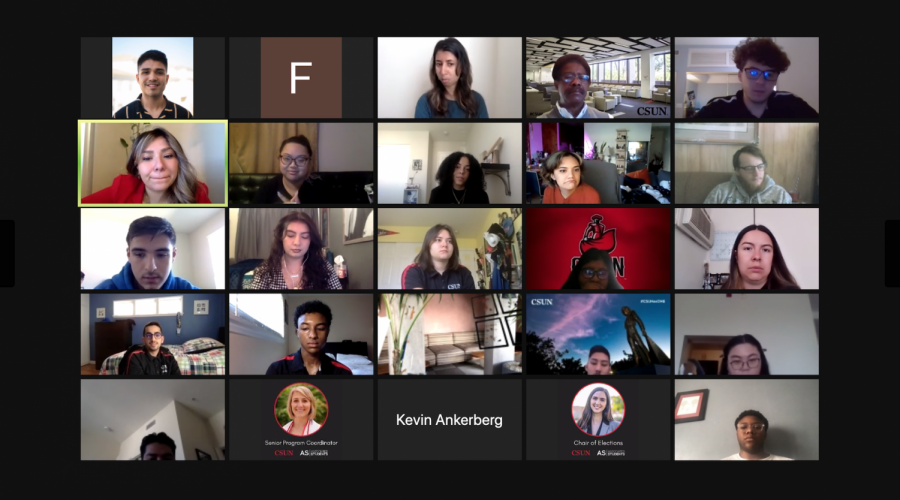 The Associated Students senate passed a bill that condemns hate crimes against the Asian American community on Monday, March 22, 2021.

On Monday, the Associated Students passed the Senate Bill Condemning the Rise of Hate Crimes Against Asian Americans created by AS President Rose Merida, Senators Denise Nguyen and Adriana Coronado.

The following demonstrates AS approvals and announcements during their weekly Zoom meeting:

On March 16, a white gunman murdered a total of eight people — six of whom were Asian women — at three spas in Atlanta, Georgia. The Atlanta shooting is one of the many racially-motivated attacks against the Asian American community. During the COVID-19 pandemic the Asian American community has been the target of xenophobic rhetoric and hate crimes.

According to a report from Stop AAPI Hate, 3,795 anti-Asian hate crimes were reported in the span of March 2020 and February 2021 in the United States. The hate crimes were delivered in forms such as verbal and online harassment, physical assault and civil rights violations.

The Tradition of the Rose ceremony will be conducted on the Day of Remembrance. Red roses will be laid at the base of the Matador statue to honor the memory of lives lost due to xenophobia toward Asian people.

The AS will support the Faculty Senate to pass a similar resolution that will continue to support their Asian American and Pacific Islander students, who make up over 9% of CSUN’s student population, according to CSUN Counts.

The senate continued their discussion on the Resolution Condemning White Supremacy and Riot at the Capitol. The senate debated if the name of the CSUN student, James McMillan, who participated in the Capitol riot should be included in the resolution.

The senate questioned if including the name can lead to legal issues due to defamation. AS President Rose Merida would have to refer back to a legal review to make sure no act of defamation is being committed. The motion to remove McMillan’s name on the bill failed. McMillan’s name will stay on the bill, but there can be possible changes in the future.

The senate passed the Resolution Condemning White Supremacy and Riot at the Capitol bill.

Students can register for Sol Fest, a musical festival, this week. There will be musical performances from Jordy, Rini, Stan Genuis and Syd B, as well as art workshops where students learn how to create candles and how to bullet journal. Students can watch VanJess, a Nigerian-American sister duo, as they demonstrate how to cook chicken pepper soup. The events will be broadcasted on Youtube.

The presidential and vice presidential debates for AS Elections 2021 will be held at 9 a.m. on Wednesday. The debates will be recorded.

The senate approved the code for the Annual End of the Year Celebration, which celebrates the academic and service achievements of Associated Students leaders, staff and student employees. The code outlines the policies and procedures toward the event. The awards and recognition that will be given are: staff member and student employee of the year, graduation medallions, the Hermie Award, the David H. Crandall Spirit of the Matador Award and the William R. Foster Honorary Lifetime Membership Award.

The next AS meeting will be held on March 29.