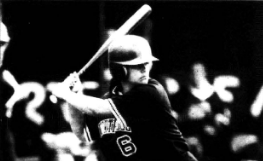 Taking a look back at a special moment in CSUN history, the softball team defeated No. 1-ranked Arizona on March 26, 1993. It remains the only time the Matadors have beat the top-ranked team in softball.

CSUN came into the game ranked seventh in the nation.

Scia Maumausolo’s double in the seventh inning drove in the game winning run that gave CSUN the 2-1 victory and her second RBI of the game.

Maumausolo went on to become a CSUN legend as she led the Matadors to consecutive appearances in the Women’s College World Series, including a national runner-up finish in 1994.

Gary Torgeson, the Hall of Fame softball coach who was at the helm of the Matadors during that 1994 College World Series run, died one year ago this week on March 21, 2020.

In his playing days, Torgeson was a four-year letter winner in football at CSUN — the first offensive lineman in school history to do so. He later was the head football coach at CSUN for four seasons.

In 1982, Torgeson took over as the head softball coach and guided the program to 636 wins, four NCAA Division II National Championships and a conference title in all of his 13 seasons as the head coach.

Torgeson led the softball team to its most memorable year in Division I in 1994. The Matadors went 52-10 that year and advanced to the championship game of the Women’s College World Series before losing 4-0 to Arizona, the furthest the softball team has ever gone in the competition.