CSUN softball primed for a comeback with new coach, roster 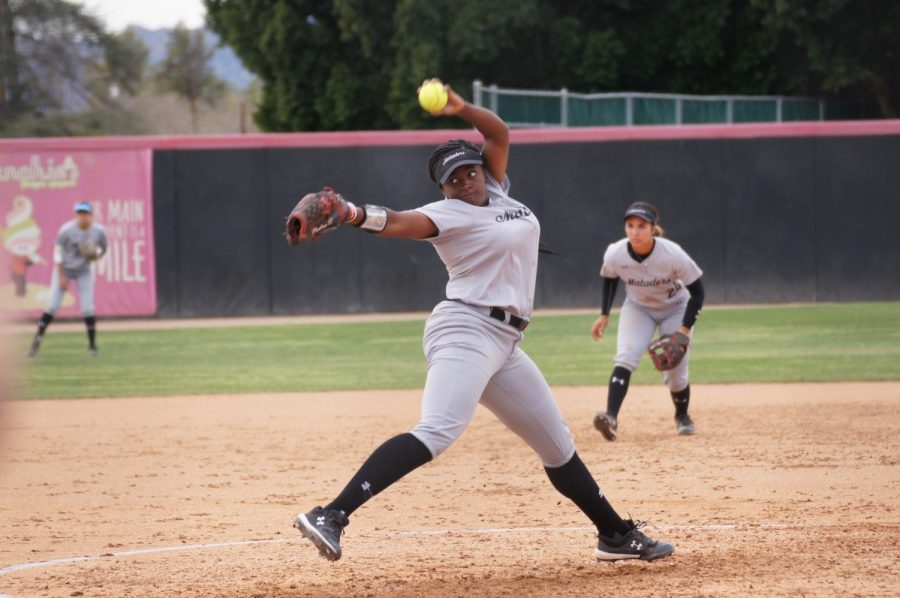 Kenedee Jamerson throws a pitch against the Knights during the Matador's home opener for the 2020 season against UCF.

After having their previous season cut short due to COVID-19 and losing their head coach to Loyola Marymount, CSUN softball is looking to make a huge comeback this season with a new roster and new staff.

The Matadors, who won 16 games out of the 24 games they’ve played, ranked fourth in the 2020 Big West conference. The CSUN’s softball team was on the road for the majority of their games last season, leaving the Matador’s playing their last and only home game against UCF before the cancellation of the season.

After the departure of former head coach Tairia Flowers, CSUN announced Charlotte Morgan as the new head coach on Dec. 7, 2020.

“The ladies have been through so much with them losing their coach and COVID,” Morgan said. “I am just focused on giving them consistency this season.”

Morgan’s main focus these past few weeks was creating team unity by building trust and creating relationships, which is essential for a successful season.

“Everyone has to learn everything from each other within a short period of time,” said Morgan. “With a new staff and new players in the team, we’ve been working on getting to know each other. By building a whole new culture of trust, love and bonding with each other it doesn’t break a team. I am excited to see them competing as a new team with a new staff.”

The Matadors started off their season last weekend on the road and split their opening series against Cal Poly.

“It took a lot this past weekend with only a short period of time of practice, but it was definitely a learning experience for all us,” Morgan said.

CSUN’s softball team will play their home opener against Hawai’i at 3 p.m. on Friday. This will be the first time the Matadors play against the Rainbow Wahine since May 2019. Senior left-handed pitcher Kenedee James will be opening the games this weekend.