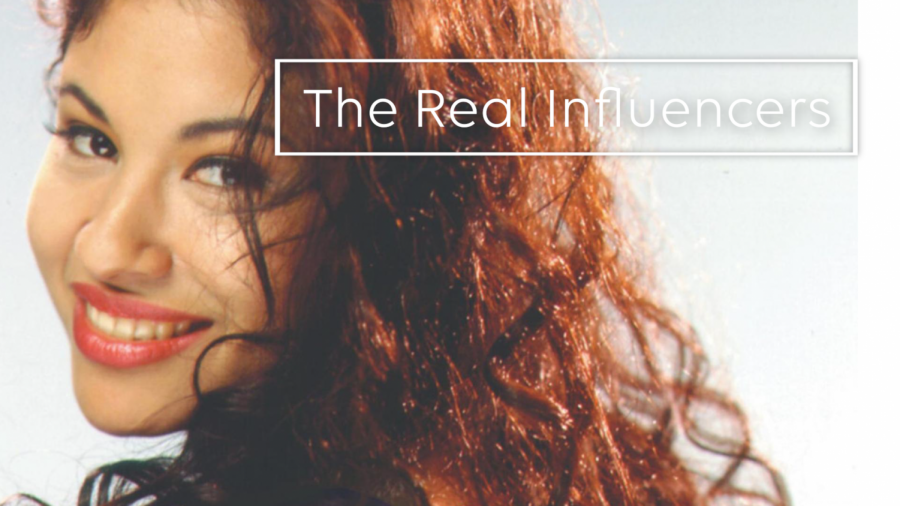 “The Real Influencers” is a series that highlights important figures whose ideas and work continue to be relevant to younger generations. In this episode, Belen Hernandez shares how late artist Selena Quintanilla helped her better understand her Mexican-American identity.

In a white carriage, a happy Selena wearing her signature glittery bell-bottom pantsuit waves to a packed audience at Houston Astrodome in 1995. This was her last performance.

Today marks the 26th anniversary of Selena’s passing. Selena, 23, was fatally shot by her former fan club president Yolanda Saldivar on March 31, 1995. With every passing year since her death, the Queen of Tejano’s music and legacy lives on through the undying love of the Mexican and Mexican-American community.

At age 12, I received my first CD. It was a cover album of all her songs and even though it wasn’t one of her original albums, I was overjoyed. As I listened to other artists sing her songs, I could tell how much she was loved.

She represented being part Mexican and American. Like her, many Mexican-Americans struggled with balancing both cultures. She was very vocal about her struggle throughout her career and this made her easy to relate to.

Abraham Quintanilla, played by Edward James Olmos in the movie “Selena,” said: “We have to be more Mexican than the Mexicans and more American than the Americans, both at the same time! It’s exhausting!”

That sentiment is true. Selena showed me that it is okay to be a part of both cultures and not speak fluent Spanish. This is something that I still struggle with today — in that way, we are connected.

Selena’s music has always been there for me. You can’t help to sing or dance along when a Selena song comes on. When I’m happy I turn on songs like “Baila Esta Cumbia,” and to mend a broken heart, I listen to songs like ¨I Could Fall in Love¨ or ¨Tu Solo Tu.¨

Decades later, her spirit is alive in Mexican culture today through her music, her fashion and make-up choices.

I can’t pinpoint when my fascination with Selena started, but I remember taking inspiration from her iconic look. As a child, I remember cutting my hair to match Selena’s, watching her music videos to learn how to dance and trying to emulate her style by wearing flared skirts and tank tops. She continues to inspire my makeup and fashion choices. At times, I wear her signature red lip with black eyeliner or emulate her half-up, half-down hairdo.

It has been 26 years since Selena passed away and as I reflect on how she has impacted my life, I’m sure she continues to live on in the lives of many others around the world and will continue to inspire generations to come.