AS Presidential Candidates: Hay and Orozco to expand financial support for students 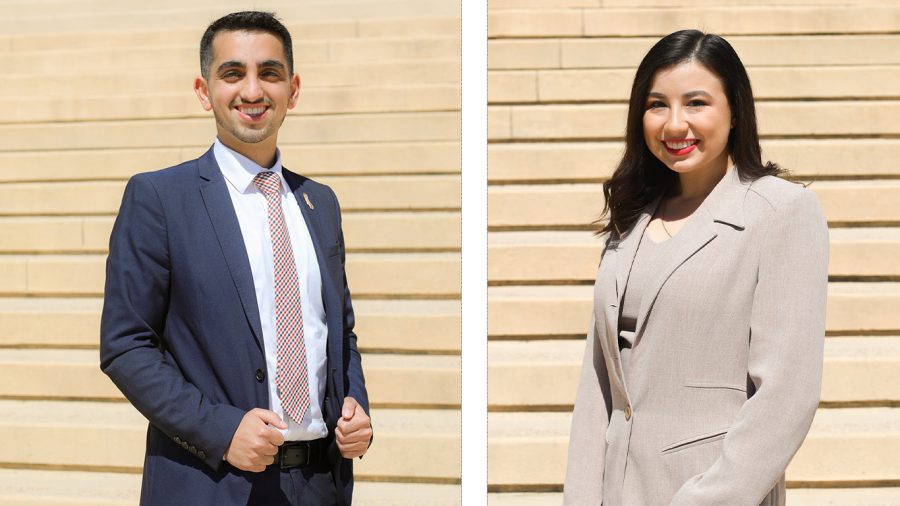 Associated Students presidential candidates Jonathan Hay and Kaitlyn Orozco share a common goal as their opponents, which is to listen to students. According to Hay and Orozco, what makes Matadors Leading Forward different is their promise to take immediate action to build a better community for all current and future Matadors.

Hay, an accounting major, along with his running mate, Orozco, a third-year speech and language pathology major, believe that every student attending CSUN should be heard, should have access to a multitude of resources, and should have 24/7 support on campus.

“I really want to help students out; I wished someone was there for me as a freshman,” Hay said.

Hay has been a part of AS since he was a sophomore and served as a business college senator. Since his involvement, Hay has been able to immerse himself in AS and has found a “safe haven” among his peers. He understands that through his time with AS, he’s had more privileges that have led to him to educational opportunities and a more advantageous college experience than other students. But he would like to use his advancements to give back to students as much as he can.

Hay said he plans to donate $7,000 of his future AS presidential salary to create new scholarships for CSUN students as a way to give back to students.

Kaitlyn Orozco has been surprised at the positive feedback she has received since joining this race. She said she feels “so driven and motivated to be a part of this school” since joining CSUN and learning from her sorority leaders at Kappa Kappa Gamma. “I am able to be just as good of a leader than the men and women before me,” Orozco said.

“We are ready to build a community of Matadors leading forward. We will be ready to listen and take action,” Orozco said.

Matadors Leading Forward, which focuses on the three pillars “Giving Back,” “Transparency,” and “Support,” is different from their opponents, Rise Above, according to Hay. It’s not solely about marketing resources but being able to establish a connection with all of CSUN’s students and being there for them every step of the way, as well as creating inclusive spaces for everyone to voice themselves.

The candidates stated that they are ready to make students their priority by taking immediate action and expanding the USU bookstore grant program, which will allow students to receive money for their books and supplies. They also want to help students find steady jobs on campus by creating 24/7 support centers so that all students, including international students, may have jobs.