How Has COVID Affected Legal Education? 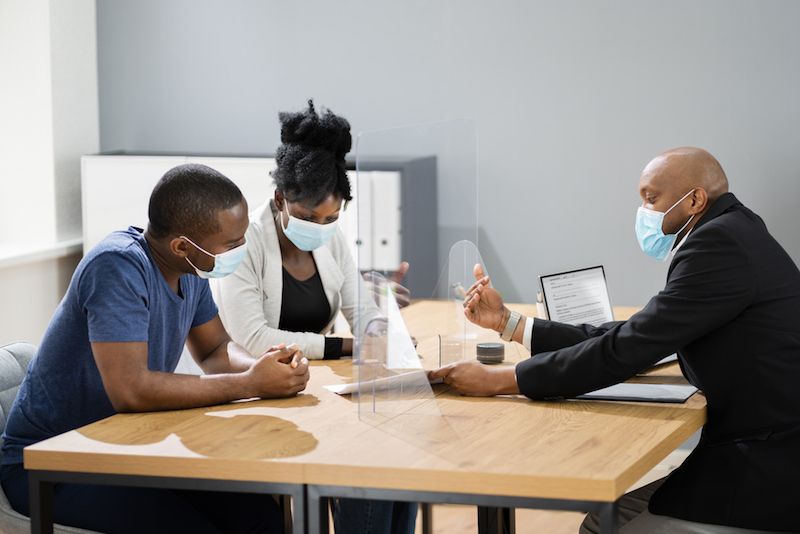 America’s traditionally conservative law schools have moved with uncharacteristic urgency to implement coronavirus containment measures. From the spring of 2020, they joined other educational institutions in pioneering several preventive initiatives.

They included unveiling online classes, canceling campus events, restricting library visits, and enforcing social distancing at other facilities. If you’re a law student, your college likely has a more manageable pass-fail class system. Although most law schools are trying a combination of in-person and online classes, they still face challenges such as positive coronavirus diagnoses on campus.

The most optimistic observers expect in-person campus visits to resume in 2021. The uncertainty caused by the pandemic’s evolving nature means it could take longer for normalcy to return. For now, your law school admissions department must make do with virtual alternatives such as information sessions and tours.
What’s The Impact On Students?
In addition to the pandemic’s nerve-racking effects, the Class of 2020 had to contend with remote formalities instead of traditional commencement ceremonies. The Law School Admission Council (LSAC) canceled the March test and moved all US-based LSATs to the LSAT-Flex format. This remote three-section test covers logical reasoning, analytical reasoning, and reading comprehension.

While slated to run from May to October 2020, the LSAC announced an extension to June 2022. With more than 145,000 completed assessments by February 2021, LSAT-Flex has proved to be a viable alternative. It allows you to continue with your law school journey even in the absence of in-person LSATs.

LSAC updates information on LSAT-Flex via a dedicated webpage. Your preparation for this remote exam should be similar to that of the digital LSAT. In addition to familiarizing yourself with its instructions and format, ensure you have access to a decent internet connection in a quiet space.

Although the LSAC deserves applaud for quickly adapting to an unforeseen situation, the LSAT-Flex has experienced a few glitches. A notable example was lost scores for around 140 students who took the July 2020 test. As it tries to resolve the problem, the body has also temporarily removed limits on repeat testers.

Unfortunately, state bars haven’t been as consistent in their response to the pandemic. An online survey by the National Conference of Bar Examiners found many canceled or delayed tests with insufficient notice. Generally, urbanized states with substantial legal markets have implemented forms of virtual proctoring with delayed exam dates. You might have to contend with more frustrations and delays if the pandemic doesn’t come under control soon.
Is an Application to Law School Viable at This Time?
According to historical data, applications to law school tend to rise during periods of marked unemployment. During the 2007-2009 Great Recession, LSAT test-takers rose by more than 20%. Current statistics show a marginal 0.4% increase compared to 2019-2020 admission figures.

Most applicants dedicate three years of their spare time during a recession to attend law school. Their new skills give them an advantage when the job market recovers. You should only pursue this option if you have a genuine interest in the legal field since law school is time-consuming and expensive.
What’s The Pandemic’s Impact On the Job Market?
Even though the pandemic’s total impact may be tragically incalculable, its long-term effect on the legal market should be limited. Reduced economic activity due to a public health crisis may not last as long as the Great Recession. The latter was a result of structural shortcomings in finance markets.

In response to the coronavirus pandemic, most law firms have enforced cost-cutting measures such as pay cuts and furlough. Legal practices generally fare better during downturns compared to the overall economy. The post-COVID-19 era will likely witness increased demand for lawyers.

Illness, economic slowdown, and racial injustice have emerged as three of America’s major legal problems. These structural weaknesses require solutions. Examples are healthcare and police reforms, which provide opportunities for legal professionals. As a lawyer, our increasingly multi-layered and complex world will keep you busy.

For now, law firms across the nation are encouraging employees to embrace remote work, avoid travel, and reduce physical contact. Other measures include limited oral arguments and reduced hours by courts, and restricted visits at detention centers. Although legal work is social by default, the pandemic and resulting economic slowdown will hasten the adoption of new solutions. Other than remote work, they include cost-reducing measures such as automation and contract hires.

If you’re a law student or applicant, it’s understandable to feel concerned for the coming months and be frustrated by the pandemic. However, if you overcome this obstacle, you’ll have lots of work to safeguard your future and strengthen the justice system.