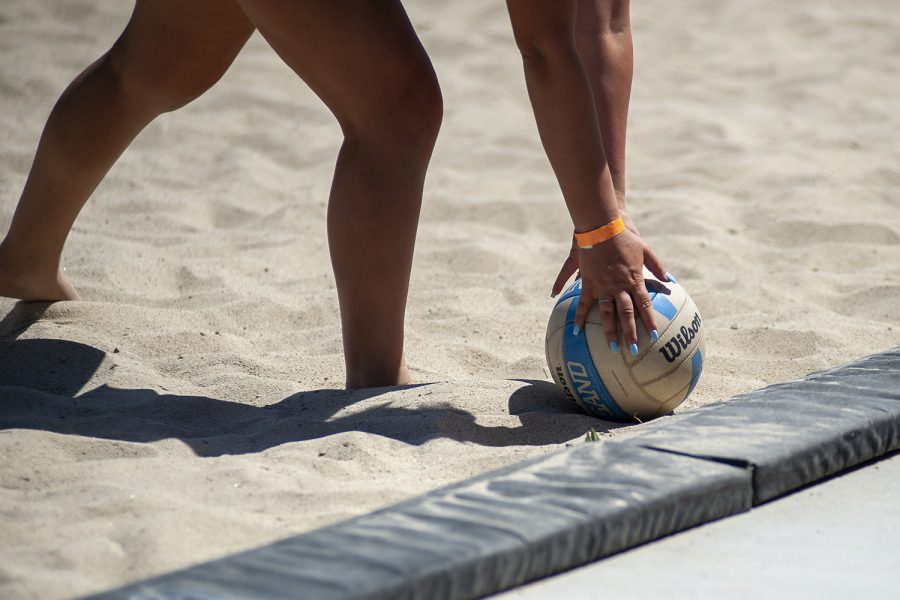 Kailey Klein picks up the ball during CSUN's match against Grand Canyon University at the CSUN Beach Volleyball Complex in Northridge, Calif. on Saturday, April 9, 2021.

The CSUN men’s volleyball team fell to No. 1 University of Hawai’i in four sets in last Friday’s matchup. This was followed by another matchup against the top-ranked team the following night, where the Matadors were defeated in straight sets, leaving their overall record this season at 1-7.

Sophomore middle blocker Daniel Wetter led the Matadors offensively on Friday night, recording a team-high 14 kills —just one kill shy of his career-high. He also hit .379 for the game while also getting three blocks.

Senior outside hitter Maciej Ptaszynski also was in double digits for kills with 10 while hitting .250. Freshmen outside hitters Kyle Hobus and Griffin Walters rounded out the scoring with seven and five kills respectively.

The Matadors’ regular-season finale will be this weekend in a home-and-away series against Long Beach State.

CSUN beach volleyball’s matchup against No.9 Grand Canyon University resulted in a 5-0 defeat for the Matadors. The team now sits at an overall record of 9-12.

The Matadors were nearly completely swept, but in the fifth dual CSUN was able to get one win behind Meagan Carter and Lauren Eknoian with a score of 21-19. GCU was able to finish the match by closing out the rest of the set 21-9 and 15-9.

The Matadors’ home finale will be on April 24, when the team faces CSU Bakersfield and Long Beach State.