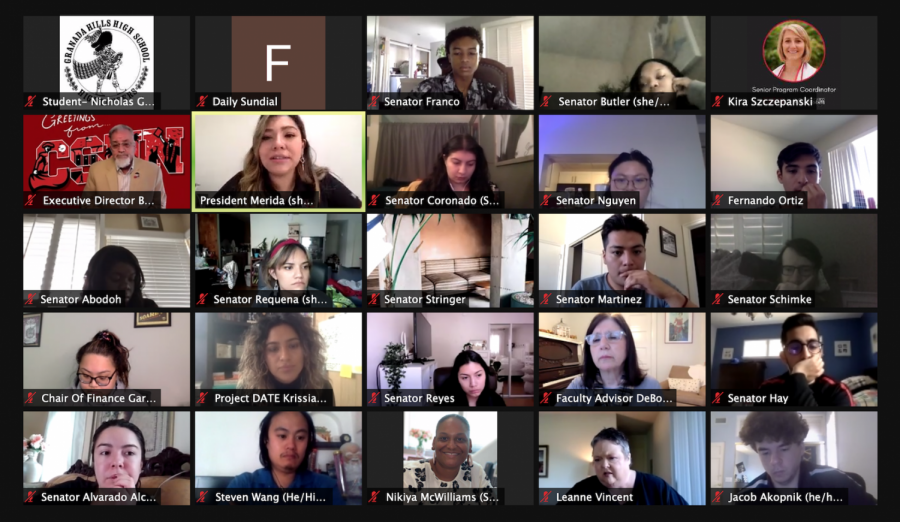 The Associated Students approved a resolution on Monday to create a Fallen Matador Memorial Event that honors CSUN community members who have died.

The idea was introduced by A.S. President Rose Merida last semester because she wanted to initiate a remembrance program. The proposal was passed along to the University Affairs committee, which reintroduced the topic at the beginning of the spring semester.

The event will also include the Tradition of the Rose ceremony, where a rose is offered to the Matador statue in remembrance of the fallen Matador.

The resolution also calls for a web page to be created that honors all fallen Matadors by including the person’s name, picture and biography on the site.

Currently, there is no official event at CSUN that recognizes a fallen Matador. However, the CSUN Magazine publishes memorial tributes for deceased faculty and staff under its” In Memoriam” section.

Senator Medrano hopes the first Fallen Matador Memorial Event will be held in the next academic year.

The senate approved to allocate $3,225 to Project D.A.T.E., a peer education and rape prevention program, for their second Sexual Assault Awareness for Everyone Week.

SAAFE Week is a program that brings awareness to sexual assault and rape on college campuses and runs from April 18-21. The week will consist of workshops, guest speakers, wellness activities and a panel discussion on strategies to eliminate sexual assault.

A.S. approved the constitutions of the CSUN Classical Saxophone Studio and BusinessCSUN. Both constitutions outlined membership requirements, the responsibilities of club officers and standing committees, and the overall expectations for the organization’s finances, elections, and meetings.

BusinessCSUN is an organization for students to network, learn business principles and create events that emphasize different aspects of business and entrepreneurship.

In response, A.S. Executive Director Patrick Bailey said not paying A.S. fees could be a reason why some students were unable to vote in the A.S. Elections. He also said students in Tseng College are not eligible to vote in the elections, as they do not pay A.S. or USU fees.

Students can register for the California State University-wide event: CSU Earth Day 2021: Action for People and the Planet, a panel discussion with “intersectional environmental and climate justice movement leaders.” The event will be held on April 22 from 12-1:30 p.m. CSU sustainability officers will collaborate in the systemwide virtual event to honor Earth Day 2021.