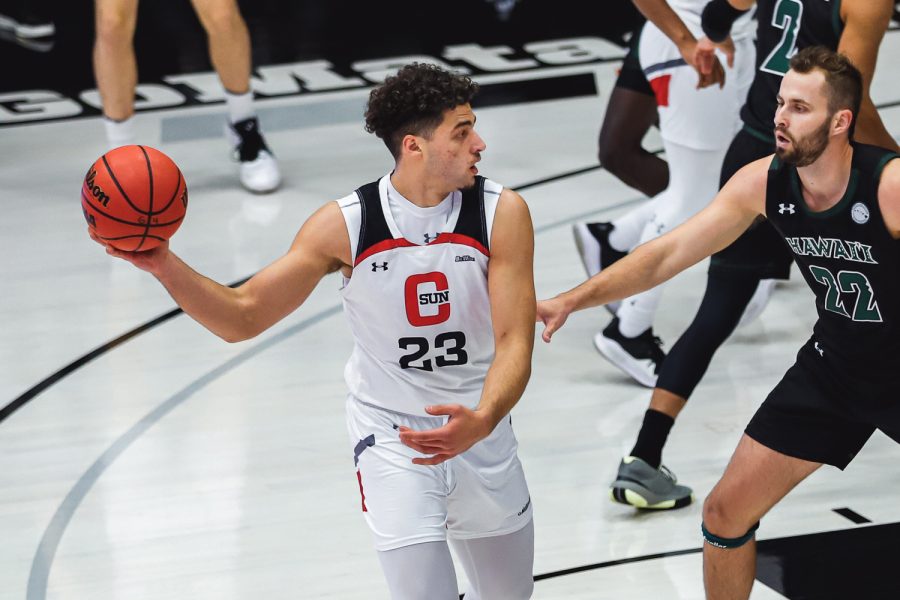 After spending his freshmen season with the Matadors, forward Alex Merkviladze has transferred to play basketball for Loyola Marymount University.

After one season with the Matadors, freshman forward Alex Merkviladze has transferred to Loyola Marymount University. This comes after Merkviladze entered the transfer portal the day following CSUN’s loss to Long Beach State in the first round of the Big West Tournament.

Merkviladze was seen as one of the bright pieces on this young Matador squad. Throughout the season he adapted to a growing role, especially when senior forward Lance Coleman II became injured. He averaged 10 points per game, and was the squad’s top rebounder with a team-leading seven per game.

His debut game for the Matadors was one of his best of the season. Merkviladze posted a double-double when he scored 20 points while bringing down 12 rebounds in a win against Westmont College. He reached his stride toward the end of the season, particularly during back-to-back games against UC Riverside. Although the Matadors lost both games, Merkviladze scored a total of 30 points and grabbed 26 rebounds.

After their season ended, CSUN head coach Mark Gottfried was excited to keep working with the young players on the roster. The team’s four freshmen — Merkviladze, Amound Anderson, Fidelis Okereke and Atin Wright — were key components to the rotation.

“This is a critical offseason, we missed that last year,” said Gottfried after their last game. “If we can all come back and be together, we have a chance to be really good.”

Now that Merkviladze has transferred and Anderson is currently in the transfer portal, the Matadors might not get the chance to see their young core develop into a Big West contender.