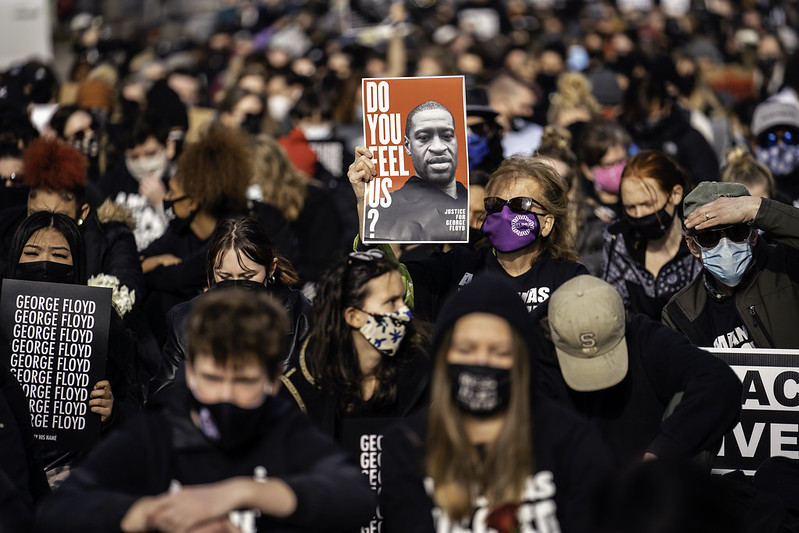 A woman holds a "Do You Feel Us?" sign at silent march for justice for George Floyd in downtown Minneapolis, Minnesota on the day before the beginning of the trial of Derek Chauvin.

Last May, Chauvin killed Floyd after kneeling on his neck for more than nine minutes. Floyd’s murder was captured on video, which went viral on social media, sparking outrage across the country and highlighting the need for police reform and racial justice.

Chauvin’s conviction is a historic milestone in American history: a police officer held accountable for the brutal killing of a Black man.

“This isn’t proof the system works. It’s proof of how broken it is. Because it took us this long, and this much attention. Until we have a world where our communities can thrive free from fear, there will be no justice,” Black Lives Matter tweeted.

Law enforcement across America has been preparing for possible unrest following the verdict. The Los Angeles Police Department announced a tactical alert as a precaution on Tuesday afternoon.

After the announcement of the verdict, the BLM-L.A. chapter gathered in front of L.A. Mayor Eric Garcetti’s mansion to continue their protest for defunding the police.