Op-Ed: The fight is not over for Armenians in Los Angeles 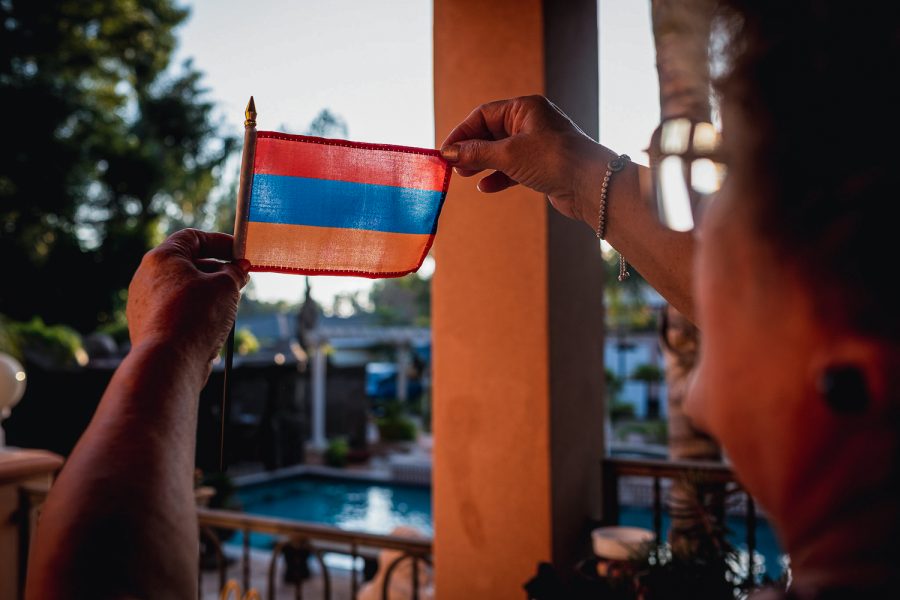 As Armenia reels to catch its breath following its 44-day war with Azerbaijan, Armenians at California State University, Northridge have been in mourning as they have lost loved ones and ancestral land. With anti-Armenian rhetoric gaining traction across the globe since the war, Armenian students are looking to the university leadership for more support.

On Nov. 9, 2020, a trilateral ceasefire was signed by Russia, Armenia and Azerbaijan, which entailed a surrender of most of Artsakh to Azerbaijan, as well as an agreement to trade all prisoners of war. Over 100,000 Armenians were deported from their ancestral land of Artsakh, as Azerbaijanis began to move in, along with Russian peacekeepers, who were deployed to keep the peace between both sides.

Since the beginning, many media outlets and the general public in Los Angeles have ignored the plight of the Armenian immigrant and first generation population. Global leaders need to step up now and recognize not only the Armenian Genocide, but also the threat Armenians all over the world are facing right now.

Although the university came out in support of their Armenian students, many students felt that it was not enough as there was only one public statement made and only a few news stories published in the Daily Sundial.

Martha Aroutiounian, CSUN’s Armenians Student Association representative, reflected back on her own experience with the university and her family.

“I do think in that specific circumstance we could have used a little more from CSUN. I don’t think many people could understand how we felt. I did have a distant family member who went to the war and unfortunately died. I think there is just so much uncertainty with what’s going on there right now that it’s this constant worry that gets faded into the background,” said Aroutiounian.

It’s difficult to fathom that to this day, the country I was born and raised in doesn’t acknowledge the genocide of my people. I remember doing a group project where I offered to have the #ArtsakhisArmenia movement be our topic, hoping it would bring awareness to my class. My group unanimously shot me down. I felt like my struggle wasn’t significant enough in the eyes of others. I also remember stumbling upon the Instagram page of a CSUN student who had written anti-Armenian hate on her stories. After students reported her, she took down her racist posts.

I recently spoke to Professor Hasmig Baran, a lecturer in Armenian Studies at CSUN. She is part of the Armenian Studies Program, which held a Zoom conference with former President Dianne F. Harrison, Provost Mary Beth Walker and Vice President of Student Affairs William Watkins to spread awareness of the war. She talked about the violent rhetoric and actions of Turkey and Azerbaijan and the threat they impose.

“I take the current rhetoric emanating from Turkey and Azerbaijan very seriously,” said Baran. “It is the continuation of the Pan-Turkic ideology that was one of the main causes of the Armenian Genocide that started during WWI.”

Just recently new photographs were released by ethnic media outlets showcasing the president of Azerbaijan, Ilham Aliyev, walking through an exhibition park dedicated to the recent war. The park had put on display the helmets of deceased Armenian soldiers, as well as chained mannequins, which were meant to represent and mock Armenian prisoners of war, many of whom are still missing.

In December, about a month after the war ended, a video of Aliyev circulated online, in which he claimed that Yerevan and Sevan, Armenia are historical Azerbaijani land during a victory parade.

At the same victory parade, Armenian Genocide denier and president of Turkey, Tayyip Erdo?an, called for blessings upon Enver Pasha — one of the organizers of the Armenian Genocide. These direct messages indicated to Armenians that Azerbaijan has plans of continuing the war in order to eliminate Armenia from the region.

Hate crimes against Armenians have been flourishing for months as alt-right groups like the Turkish Grey Wolves continued to hunt Armenians down in Germany just before the victory parade speeches. During a march in Baku, Azerbaijan, Azerbaijanis claimed they would destroy Armenians.

In a widely circulated video, an Azerbaijani woman told a Turkish journalist that she would like to cut off the heads of 20 Armenians if she could.

CSUN film production student Nareh Dovlatyan talked about the effect that these violent messages had on her.

“It was a big deal for me because personally, I had never felt more targeted,” said Dovlatyan. “Almost all of my aunts, uncles and cousins reside in Armenia. The war is far from over. My second cousin, Vahe Margarian, who is currently 19 years old, served on the frontlines and has yet to come back home.”

Going forward, Armenian students on campus are pushing for our friends and university to support us as we demand President Joe Biden to recognize the Armenian Genocide on April 24, which is Armenian Genocide Remembrance Day all over the world.

The next step is finding a place for healing.

When I was speaking with Aroutiounian, she said, “At this current moment we are very far away from healing. Until there is justice, it is difficult. We can heal ourselves, we’re just not there yet.”