Frontline Heroes: Kathy Huck, founder of About My Father’s Business 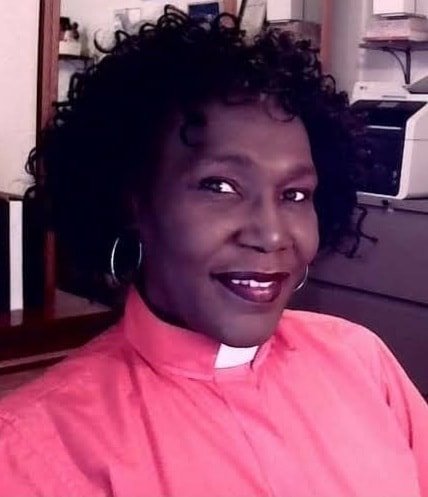 Kathy Huck is a founder of About My Father’s Business, a Canoga Park organization that provides unhoused Angelenos with some of their most immediate needs, such as food, tents and clothing.

Huck and AMFB work to provide safer living conditions for the homeless, especially during the pandemic. They have collected and distributed personal protective equipment and have increased their distribution of tents and sleeping bags.

The pandemic has created a rise in homelessness, Huck said. Before the pandemic, AMFB was serving 12 encampments in the West Valley. That number grew to 30 as the pandemic took an economic toll and more people became unhoused. “We’ve given out more tents during the pandemic than ever before,” Huck said.

There was a shortage of volunteers last year, which often left Huck with only two volunteers to cover all 30 encampments. Huck said that when volunteers saw her continuing her outreach efforts, they began to return. She has not had a team of fewer than eight volunteers since then.

Huck understands why people might fear the homeless community, but when she compares infection rates in the encampments to those in the public at large, she doesn’t see more COVID cases. “When you hear about the unhoused getting COVID they’re usually indoors in some facility. But on the street — nope. I feel safer among them than I do at home with my family,” Huck said.

AMFB also worked with the Hollywood Food Coalition to create “Lunches with Love,” a program that distributes donated meals to the unhoused community.

Lunches with Love began in September 2020 with 500 meals served. By December, the organization had served more than 10,000 meals in three months to people living in encampments. They also distributed meals through shelters and food pantries, and directly to the unhoused in other neighborhoods like Skid Row.

AMFB also collaborates with Operation Blankets of Love to provide pets owned by the unhoused with collars, leashes, sweaters, food and veterinary services.

Huck believes that the human connections AMFB outreach team members create with the unhoused community are just as important as the supplies they distribute in their “hope bags.” Team members have strong relationships with the people they serve.

Huck says that the unhoused are ostracized from society. This means that outreach workers must establish trust in order to effectively help them. Huck has made many friendships during the course of her work. “Those friendships turn into family relationships,” Huck said.

“People always say ‘let’s pray for them.’ For what? Do you know why you’re praying for them? You are the prayer,” Huck said. “They need food, or a tent or someone to come talk to them. You’re the answer to their prayer, let that be enough.”

A local businessman who had no personal connection to Huck noticed the work she was doing in Chatsworth and nominated her for the KCET and PBS SoCal Local Hero initiative.

“It was hard to accept because, you know, am I a hero? Anybody can do the work that we do. We can all do something amazing if we choose to,” Huck said.

Others would also come to help Huck. Rabbi Paul Kitpnes from the Congregation Or Ami in Calabasas learned through social media that AMFB was in need of a van and soon afterward, he called Huck to pick up a new Chevrolet.

Huck’s dedication to assisting and humanizing the unhoused is a trait she picked up from her mother. The toy donations she made as a child have developed into her work today — providing the basic essentials for the unfortunate.

“I’m just passionate about this, you know,” Huck said. “The more you do something you love, the more you love what you do.”

Frontline Heroes is a Daily Sundial weekly series that honors those who are fighting COVID-19 on the front lines, including doctors, food bank volunteers, retail workers, testing site volunteers and the scores of Angelenos who are keeping everyone safe during the pandemic.

If you know someone that qualifies as a frontline hero, send us an email at Editor@csun.edu.