Associated Students honors the victims of the Armenian Genocide 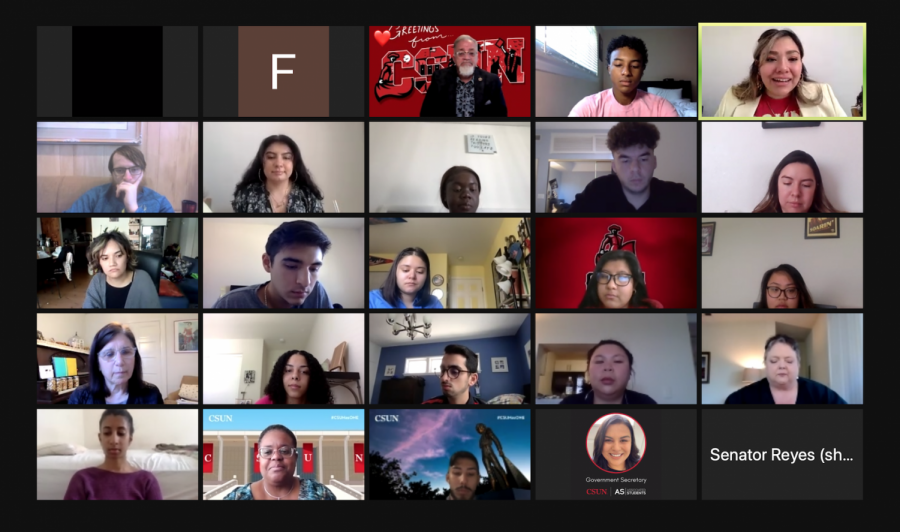 The Associated Students held a moment of silence at their Monday meeting to honor those who lost their lives in the Armenian Genocide, which lasted from 1915-1923. The genocide, which was carried out by the Turkish Ottoman Empire, resulted in the deaths of more than one million Armenians.

The resolution designated the month of April as a “Month of Commemoration for the 100th Anniversary of the Armenian Genocide of 1915.” It also calls for a moment of silence each year at the AS meeting before April 24, the start date of the genocide. The Armenian Student Association and the Armenian Studies Program conduct a presentation each year that educates the senate about the genocide.

The resolution also states that AS will hold a yearly “Tradition of the Rose” ceremony in memory of Armenian Genocide victims. This year, the senate did not hold the ceremony because of virtual operations, according to AS President Rose Merida.

Meri Khnkoyan, a member of the Armenian Student Association, said that genocide is still happening in Armenia, as seen during last year’s conflict with Azerbaijan over the region of Nagorno-Karabakh. Khnkoyan said that Armenians continue to receive death threats and experience violence. She thanked the senate for staying committed to the resolution.

The senate approved a resolution supporting Assembly Bill 396: CalFresh Expansion, which expands access to healthy foods for students who face food insecurity. The resolution encouraged the California State Assembly to pass an amended version of the bill.

AB 396 requires the California State University system and other educational institutions to prove to the Department of Social Services that their educational programs increase job opportunities and meet the requirements for CalFresh. If it passes, the bill will allow campuses to help its students at no additional cost through the federally-funded CalFresh program.

The CalFresh Program, also known as the Supplemental Nutrition Assistance Program, issues monthly benefits on an Electronic Benefit Transfer card for food and nutrition assistance to eligible individuals. Under the existing federal laws, students who are enrolled part-time or more are not eligible for SNAP benefits unless they participate in a specified employment or training program.

AB 396 would give students access to more federal resources, such as CalFresh.It would also fulfill the CSU’s Basic Need Initiative to address food insecurity among students.

AS approved the constitution for the Hidden Roads Initiative. The constitution outlines elections, meetings and finances, as well as membership requirements and responsibilities.

“It’s real good timing because at this time we are remembering the Armenian Genocide,” Senator Zachary Schimke said. “This is an opportunity for Associated Students to recommit ourselves to the effort of supporting Armenian students around the world.”

AS approved the allocation of $1,000 from its unassigned contingency fund to the Queer Coalition of Social Workers and their “Teach in Trans*” panel. The organization provides educational content, honors queer history and advocates for the LGBTQIA2S+ — lesbian, gay, bisexual, trans, queer, intersex, asexual, two-spirit and more — community.

The senate approved two new members of the Diversity and Inclusion Committee. Cobby Ascencio is a psychology major who previously served on student government committees at Glendale Community College. Vincent Vazira is a freshman majoring in theatre who said they are passionate about advocating for other students and hopes to get more involved on campus.

The next AS meeting will be held at 9 a.m. on Monday.