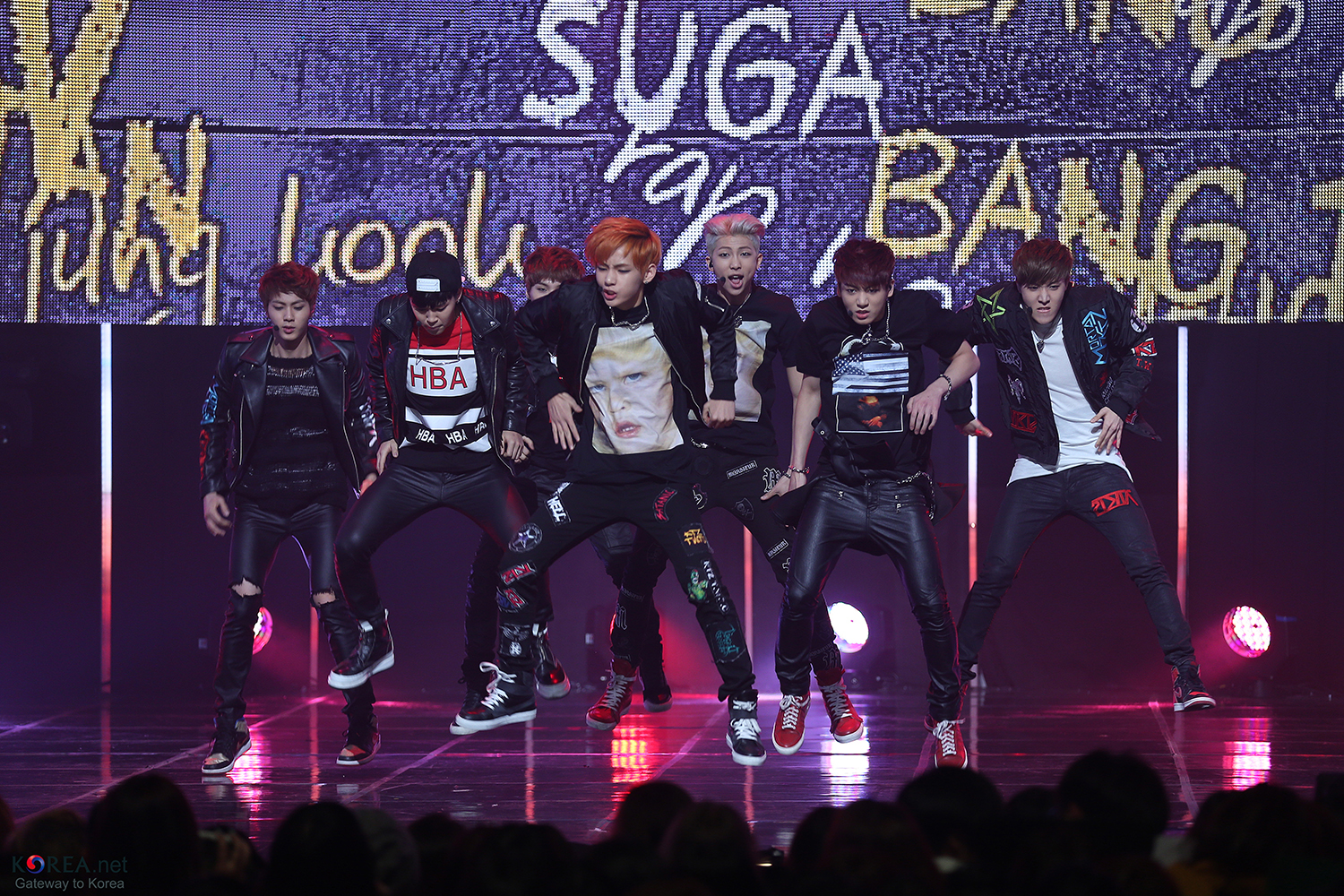 “This is a workout,” one student wrote in the Zoom chat.

In the Zoom gallery view, several CSUN students and professors could be seen dancing in sync to “Boy With Luv” by BTS featuring Halsey. They had learned the choreography minutes earlier from several members of Team BUK, a K-pop dance team based in Glendale.

The workshop, held on April 15, is one example of the growing presence of K-pop at CSUN. CSUN also hosted the second “BTS: A Global Interdisciplinary Conference” on May 1 and 2. At the conference, which took place virtually, academics from all around the world shared their research on the boy band’s global impact.

Saturday’s events included a workshop on writing fanfiction and a panel on the role of gender and sexuality in BTS’s performances. The next and final day of the conference included a panel on BTS’s impact during the COVID-19 pandemic and a performance by Team BUK.

The conference’s keynote speakers were Colette Bailman, a lecturer from Kingston University in London, and Crystal Anderson, author of “Soul in Seoul: African American Popular Music and K-pop.” Anderson, a leading K-pop scholar, led an interactive talk on the future of K-pop in academia. The main takeaway from her presentation was that K-pop fandom is integral to studying the industry in a comprehensive way.

K-pop, or Korean popular music, is hard to define succinctly. In the West, it is often considered a music genre, but that is not entirely correct. The term “K-pop” encapsulates an entire music industry originating in South Korea.

There are several things that set K-pop apart from other music industries, one of them being its emphasis on dance. Since K-pop is nearly as much of a visual art as it is a musical one, K-pop has spawned a unique style of dance, which is the basis for what Team BUK does.

Musically, one way in which K-pop distinguishes itself is its songs, which do not shy away from variations in tempo, melody or even genre.

The industry is also set apart by its unique historical and cultural significance in South Korea.

“K-pop [came] out of a Korean culture that, especially after the 1990s economic decline, really invested in music and the arts in order to grow with the economy,” said Jinah Kim, associate professor of communication studies, who helped organize the BTS conference.

Seven-member BTS is arguably the most popular K-pop group that exists today. While the 2012 hit “Gangnam Style” by PSY is credited with introducing much of the Western world to K-pop, BTS is one of the current faces of the contemporary Korean wave.

Born to a Korean mother, cinema and television arts Professor Frances Gateward was exposed to Korean culture all her life and often incorporates Korean cinema into her curriculum. Though she was exposed to K-pop long ago, Gateward became a more serious fan after being exposed to BTS.

“About three or four years ago, my daughter said, ‘Hey, look at this [BTS] video!’ So I watched the video, and we fell down the rabbit hole, as they say in the K-pop world,” Gateward said.

Gateward and her daughter are proud members of ARMY, BTS’s official fan club. Her love for BTS led her to join other K-pop-loving academics at the first “BTS: A Global Interdisciplinary Conference” in London in January 2020.

“[Academic conferences] can get quite contentious with faculty debating each other,” Gateward said. “So I went to this conference, and it was such an embracing, loving atmosphere. It was such a wonderful experience.”

When the conference was over, Gateward knew she had to bring this conference to the U.S., and that Los Angeles was the best place to do it.

Several CSUN professors were organizers for the conference. One of them is English Professor Charles Hatfield, who does not personally consider himself to be a huge fan of K-pop. However, his role in CSUN’s popular culture studies minor made him aware of K-pop’s interdisciplinary reach in academia.

“You can’t really get a good, comprehensive view of a phenomenon like [K-pop] from inside one department. It belongs in a bunch of places,” Hatfield said. “The people you get to talk to when you’re doing something that crosses the disciplines kind of reminds us that there are too many walls that divide us at a place like the university.”

As K-pop’s presence has grown in the CSUN community, students have responded. Kim, who organized the workshop with Team BUK on April 15, said that several students stayed afterward to share their personal experiences with discovering BTS during a painful time in their lives.

“BTS has an influence and is a phenomenon that is really rare,” said Kim. “[There’s] a really powerful symbiotic relationship between fans and artists, and I don’t think that we have seen a phenomenon like that in our history.”

For CSUN students interested in being more involved with K-pop on campus, there is a K-pop club. According to the club’s president, CSUN student Janice Barajas, the club meets twice monthly and welcomes everyone who wants to participate. More information can be found on the club’s Instagram page.

No other K-pop-related events are currently set to happen at CSUN. However, it is unlikely that the BTS conference will be the last CSUN sees of K-pop.

“We are so well-positioned in an entertainment media mecca in greater Los Angeles to be doing this kind of work,” Hatfield said. “It’s my hope and my expectation that there’s going to be more stuff about this in the future.”

Editor’s note: The previous version of the story incorrectly attributed Candace Epps-Robertson as a keynote speaker, when it should have been author Crystal Anderson. The story was updated at 10:50 p.m. to correct the mistake.