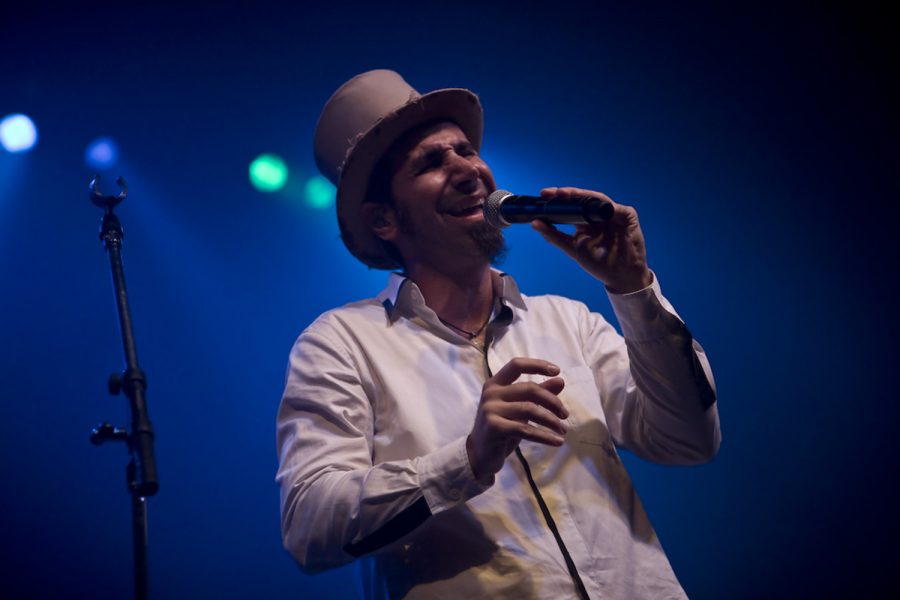 After 106 years, President Joe Biden became the first U.S. president to recognize the atrocities committed against the Armenians by the Ottoman Empire, using the word genocide for the first time since President Ronald Regan.

The 1915 Armenian Genocide, known as the first modern-day genocide of the 20th century, was an orchestrated crime against humanity in an attempt to annihilate the Armenian people as the Turkish Ottoman Empire massacred 1.5 million Armenian lives. Ottoman authorities first deported, hunted and murdered hundreds of Armenian intellectuals and community leaders to ensure the history of the Armenians died along with them, They then proceeded to do the same with the rest of the Armenian people.

In the world’s failure to hold the Ottoman Turks responsible for their atrocities, one does not have to think far about how Adolf Hitler got the idea to persecute and kill 6 million Jews. Hitler believed that because the world didn’t act to stop the Ottoman Turks, no one would care about the Jewish people. “Who, after all, speaks today of the annihilation of the Armenians? Hitler said in his 1939 Obersalzberg Speech.

With millions of Armenians escaping their ethnic homeland to survive, Armenia now has one of the largest diasporas in the world. Armenians escaped to France, the United Kingdom, Spain, the United States, Russia, Ethiopia and countless other countries across the globe. With a widely spread out diaspora, it’s no question descendants of the Armenian Genocide have taken the world by storm.

Whether one loves to love or loves to hate Kim Kardashian West, she is one of the biggest names in Hollywood and continuously sheds light on her Armenian ancestry through the hit reality television show “Keeping Up with the Kardashians,” interviews and her work as a celebrity political activist.

Kardashian West inherits her Armenian roots from her late father, Robert Kardashian. She has amassed her success through her career as a reality television star and a business mogul, according to Forbes magazine. Kardashian West, who is worth $1 billion is now the second Armenian female billionaire to grace the cover of Forbes, right alongside Alex and Ani founder Carolyn Rafaelian. While being one of Hollywood’s biggest A-listers, Kardashian West continues to uphold her traditional Armenian roots through not only educating herself but educating her 285 million social media followers about the Armenian Genocide and the dire situations that surround Armenia today.

Kardashian West, who has also visited the homeland twice, plans to move production for her company Skims to the country in an effort to bring more business into Armenia, according to the Daily Mail.

Cher, born Cherilyn Sarkisian, changed the game of pop music for generations to come. Like Kardashian, Sarkisian was born to an American mother and an Armenian father. One of the original queens of pop, Cher has left her name in the roots of Hollywood for life. From being a part of the duo Sonny & Cher, becoming a solo megastar to being an Oscar-winning actress, she continues to inspire pop artists. Cher has also done a great deal for the Armenian community, despite never feeling a strong connection to her background due to growing up with an estranged father. Everything changed when she decided to travel to Armenia in 1993, when Armenia went to war with Azerbaijan over ownership of ethnic Armenian lands, according to the Guardian. Since going to Armenia and connecting with her roots, Cher has been extremely vocal in the support of Armenia and getting the world to recognize the Armenian Genocide for what it was: an extermination.

Andy Clement Serkis, whose original surname is Sarkisian, is one of Hollywood’s most prominent actors. With roles ranging from Gollum in “Lord of the Rings” and “The Hobbit” to gaining a role in the Marvel Cinematic Universe as Ulysses Klaue in “Black Panther,” Serkis remains one of the few Armenian actors in the realm of Hollywood. Born to a British mother and an Armenian father, Serkis’ work earned him a BAFTA award for Outstanding British Contribution To Cinema.

Serj Tankian, the lead singer of the all-Armenian metal band System of a Down, is beloved by metalheads around the world. Tankian was born to Armenian parents, with four grandparents who escaped from Armenia to Lebanon during the persecution of the Armenians. His work in the music industry earned his band a Grammy Award for Best Hard Rock Performance and an MTV Europe Music Award for Best Alternative Rock Band. Tankian has used his platform to unite rock lovers all over the globe and to educate his fans about the atrocities committed against the Armenians through his lyrics. Tankian is relentless in his fight to get the world to recognize the Armenian Genocide through continuous political activism work with both the U. S. government and the Armenian government. Tankian is also a CSUN alumnus who graduated with a marketing degree in 1989.

Known as the “Father of Las Vegas megaresort,” Kerkor “Kirk” Kerkorian was one of America’s most successful businessmen, investors and philanthropists. Kerkorian is responsible for quite literally architecting the city of Las Vegas from the ground up. Worth an estimated $4 billion, Kerkorian once purchased MGM Studios in 1969 as a film investor and later opened the MGM Grand Hotel and Casino in 1973, the largest hotel in the world at the time. A descendant of Armenian immigrant parents who escaped from the Ottomans, Kerkorian honored his Armenian ancestry by donating over $1 billion to the people of Armenia after the devastating earthquake in Spitak, Armenia in 1988. Kerkorian also fully financed the Armenian Genocide remembrance film “The Promise.” The film, which starred Christian Bale and Oscar Isaac, was the first mainstream American film to depict the story of the Armenian Genocide. According to the Hollywood Reporter, if it had not been for Kerkorian, the film never would have made it on the screen. “The Promise” was a project that had been in the works for quite some time as it had great meaning to Kerkorian, who ensured every detail that went into the film would be beautifully and painfully depicted before his death in 2015.

One of the greatest celebrated artists in France and regarded as the “French Frank Sinatra,” Aznavour was a poet who could turn his poetry into French love songs. Born Shahnour Vaghinag Aznavourian, Aznavour was a child of Armenian immigrants who fled from Armenia to France to escape the 1915 genocide. Aznavour first made his mark on the music industry when French icon Edith Piaf heard him sing and later invited him to join her on tour, according to Snippet of History. Aznavour recorded more than 1,200 songs and starred in more than 80 French films and TV shows. He was always an outspoken advocate for the Armenian cause through his charity work and countless efforts to share the horrific history of the Armenian people and the tragic fate that his mother and father escaped from. Despite being displaced from their mother country during the Armenian Genocide, Aznavour’s parents resisted Turkish assimilation by teaching their children the Armenian language, folklore and traditions to preserve their Armenian culture, according to the New Yorker. After Aznavour died in 2018, the Eiffel Tower shone extra bright, as France lost one of their most cherished singers.

The Armenian people have endured some of the worst events in history. Despite being ignored by the United States because of its security partnership with Turkey, the Armenian people’s fight for genocidal recognition has continued for over 100 years. To this day, the Turkish government refuses to acknowledge their crimes.

The Armenians are a people of pride and will continue to share their history with their children to keep the culture of the motherland alive throughout the diaspora, just as these Hollywood elites have worked so hard to do.