6 upcoming Marvel films that break the barrier of diverse representation 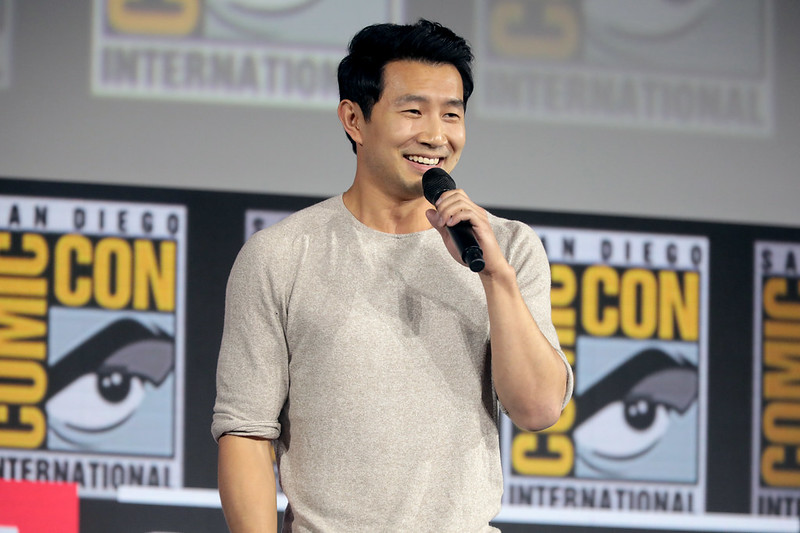 Simu Liu speaking at the 2019 San Diego Comic Con International for "Shang-Chi and the Legend of the Ten Rings" at the San Diego Convention Center in San Diego, California.

Marvel Studios’ lack of diversity in their popular films has been in question for years. Though Marvel Comics features heroes that come from different backgrounds, there’s only been a few who have made it onto the big screen.

The Marvel Cinematic Universe is cut into different phases. Over the course of 13 years since the start of the franchise, there are currently only four of them. With the groundbreaking work that was achieved in 2018’s “Black Panther,” the first African American superhero to be featured on the big screen in the MCU, there’s been a call for more representation from one of the most beloved companies to currently date.

Phase Four has begun with their current television series’ on Disney+, starting with “WandaVision.” Upcoming films have been pushed back during 2020 due to the ongoing pandemic. Though fans will have to wait till summer of 2021 to get a taste of the Phase 4 MCU films, here is a list of upcoming films that will break the barriers in the months to come.

“Black Widow” (July 9, 2021)
It’s been a decade since fans got their first glimpse of Scarlett Johansson’s take on Russian assassin Natasha Romanoff, aka Black Widow. She has become one of the most well-known characters in the MCU since her first appearance in 2010’s “Iron Man 2.” Fans have wanted a Black Widow film since her introduction. The film, delayed over different release dates due to the pandemic, will premiere on Disney+ and in theaters on July 9. The studio met with over 70 directors until finally giving the job to Australian filmmaker Cate Shortland. The studio had always wanted a female filmmaker to take over the film but there was a moment where they stalled in hiring a male filmmaker. This film is more of a prequel and a possibility of a new Black Widow or one that is equivalent to the hero, is possible. Florence Pogue’s character, Yelena Belova, has been featured in the comics as one of the many Black Widow persona. She goes through different phases from becoming one of the top assassins to becoming a darker, more vengeful character. Marvel Studios is known to change the story arc of their characters in the films, so the outcome of Belova becoming an important character in the future is a possibility. “Black Widow” will be the second female-focused film after “Captain Marvel,” which was released in 2019.

“Shang-Chi and the Legends of the Ten Rings” (September 3, 2021)
One of Marvel’s greatest martial artists in the comics is Shang-Chi. Both a skilled gymnast and marksman, he has made a name for himself in the comics, and in 2021, he will be making his big-screen debut. Shang-Chi will be played by Simu Liu and it will be the first Asian-descent Marvel superhero that will be featured on the big screen. Liu has spoken about representation, stating that the films“Black Panther” and “Crazy Rich Asians” have made a statement when it comes to diverse actors making their mark in Hollywood. “We’re here, and we’ve been here, and we love watching movies that represent us, that represent our faces and our stories and our lives,” said Liu during a Time.com interview. The cast will also include Awkwafina, Tony Leung, Michelle Yeoh, Ronny Chieng and Ben Kingsley.

“Eternals” (Nov. 5, 2021)
The “Eternals” will consist of a new team of superheroes, following the events that occur in 2019’s “Avengers: Endgame.” Just like “Shang-Chi,” this film will feature a variety of actors from diverse backgrounds such as Kumail Nanjiani, Gemma Chan, Salma Hayek and many more. “Eternals” director Chloé Zhao was the first woman of color to win an Oscar for Best Director for her film, “Nomadland.” She also became the second woman in Oscar history to receive that award while also winning for Best Picture during this year’s 93rd Academy Awards.

“Black Panther: Wakanda Forever” (July 8, 2022)
With the success of 2018’s “Black Panther,” it was announced that film’s sequel will hit the big screen in 2022. With the untimely passing of Chadwick Boseman, fans were curious to know if the late-actor’s character will be replaced in the film. According to Marvel Studios’ President, Kevin Feige, Boseman’s portrayal of the Black Panther was “iconic and transcends any iteration of the character in any other medium from Marvel’s past.” This has eventually led to the decision that the character will not be recast. “Black Panther” director Ryan Coogler also said that it has been difficult time after Boseman’s death, but “you’ve got to keep going when you lose loved ones. I know Chad wouldn’t have wanted us to stop.” The film is set to start filming in July 2021 and it will be called, “Black Panther: Wakanda Forever.”

“The Marvels” better known as Captain Marvel 2 (November 11, 2022)
It’s been two years since fans last saw Captain Marvel fight alongside the Avengers in “Endgame.” Brie Larson will be reprising her role as Carol Danvers in 2022 with new cast members and a new director on board for the sequel, “The Marvels.” Nia DaCosta is set to direct the film, while new castmates Zawe Ashton, Teyonah Parris and Iman Vellani will also work alongside Larson. Parris will be reprising her “WandaVision” role, Monica Rambeau, and Vellani will portray Kamala Khan, a Pakastani American high school student who fights alongside Captain Marvel as her heroic alter-ego, Ms. Marvel. Ashton will be portraying a villain, but her character has yet to be revealed. Theories have been circulating as to which character she may be playing.

“Blade” (In Development)
In 2019, it was announced that the vampire-hunting vigilante, Eric Brooks, better known as Blade, will be entering the Marvel Cinematic Universe, with Mahershala Ali taking the titular role. This will be Ali’s second role in the MCU, the first one being his character Cottonmouth in season one of Netflix’s “Luke Cage.” It is currently under development with the “Watchmen” television series writer and editor, Stacy Osei-Kuffour. It has been nearly 17 years since fans last saw the hero on the big screen. Writer David S. Goyer was the last writer who worked in the past Blade films. Having Osei- Kuffour as the film’s writer is a big step for Marvel Studios in hiring diverse writers to produce stories for upcoming superhero films. An official release date has yet to be determined but in May 2021, it was revealed that production date was delayed and set to start in June 2022.