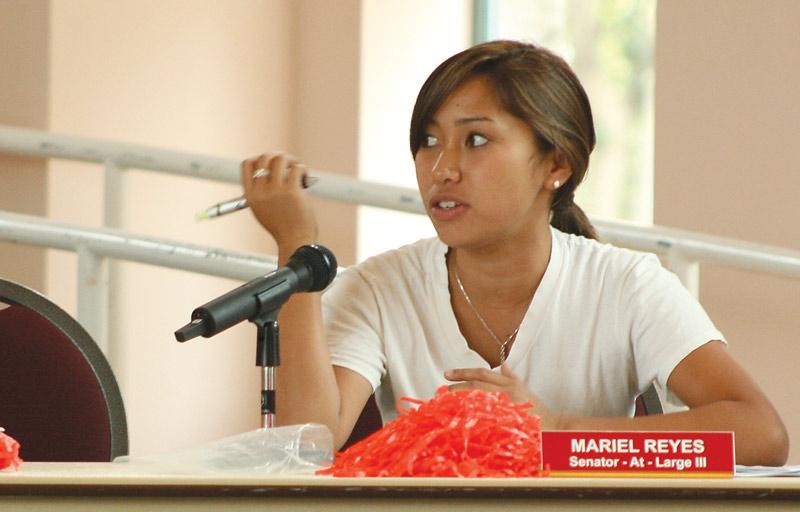 Associated Students (A.S.) Senate will be voting on an amendment next week that can potentially lead to cutting A.S. employee’s hours for five days out of the fiscal year.

This amendment was a compromise reached by the Personnel Board and the A.S. staff to stave off potential layoffs.

“So far, they have all spoke and rather do this than do what our other colleagues would want us to do,” General Manager David Crandall said. “Should we do this or shut down a program?”

The amendment to be voted on by A.S. next Tuesday adds to the reduction of work schedule guidelines. Less than $52,000 will be saved as a result of the 5 days A.S. staff will not work. There are a total of 40 A.S. employees.

“We’re trying to save as much money as we can in every area possible,” said A.S. President Abel Pacheco.

The added content included the following: “In addition, the Associated Students may reduce employees’ regular work schedule when workload or financial conditions make such a decision appropriate.”

“You should be proud to look over employees that are willing to do this,” Crandall said.

Emotions were high after the news.

“This just freaking sucks, I’m so sick and tired of this,” said Joshua Taylor, Upper Division Senator IV. “We need to do something, A.S I don’t know what we need to do about it, but I just want to let you know this freaking sucks.”

“The thought of having furloughs here in A.S. is really frightening,” Social and Behavioral Science Senator, Gisselle Jaen said.

Crandall stopped Jaen after the meeting to ask her what she was worried about.

The Matador Bookstore will expand the book rental program from eight classes to 500 classes for the spring semester.

The prices of the rental books will be 42.5 percent of new books, said Pacheco.

Pacheco said he was in communication with Matador Bookstore manager Rick Evans this semester to try and expand the program.

The Matador Bookstore was heading in the direction of implementing a more expansive book rental program, Pacheco said, but it decided to push the timeline earlier to the spring instead of fall 2010.

Eight thousand students have still not switched to their CSUN Gmail accounts since students were allowed to Sept. 28, said Vice President for Information Technology Hilary Baker in a special presentation to the A.S. Senate.

Students that haven’t switched to Gmail by Friday will lose emails in their former CSUN email accounts, Baker said. Students will still be able to switch to their Gmail accounts after Friday, but students won’t have the capability of transferring emails from their @csun.edu accounts to their @my.csun.edu or Gmail accounts.

The number of wireless access points has increased from the spring semester from 405 to 710 in the fall semester, improving the connectivity to the wireless Internet on campus, Baker said.

The Information Technology Help Center, Baker said, has received fewer questions from students this semester after the additional wireless access points were installed.

A pilot program will be launched at the end of this semester that will allow students off-campus access to software that the campus purchases. The software-sharing program has been tested at North Carolina State and George Mason University.