California’s eviction moratorium still stands. But is that enough? 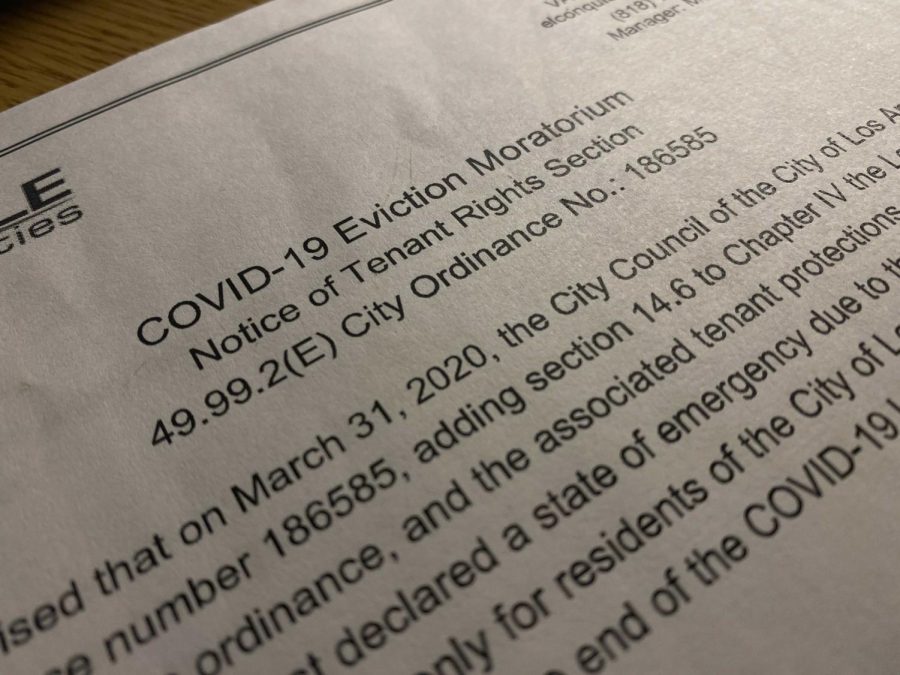 LA renters are protected from eviction during the COVID-19 crisis.

While California’s reopening has boosted the economy’s recovery from the throes of the COVID-19 pandemic, numbers suggest that many are vulnerable to slipping through the cracks, and with the Supreme Court’s rejection of a federal evictions moratorium this past week, it looks like these cracks may only be widening.

While there has been recovery in California’s unemployment rates, that partial recovery doesn’t reflect every demographic, with improvement mainly being for those in medium and high-paying jobs. For those earning less than $27,000 a year, employment rates are still down by 38% since January 2020.

Many California renters have been unable to scrounge up enough money to cover their bills, and a large number have fallen behind on rent payments. With the housing crisis in California already being of dire urgency, the state created a moratorium on evictions for unpaid rent starting in April 2020.

While this was initially to end on June 30, 2021, the eviction moratorium was extended to Sept. 30. Gov. Gavin Newsom stated on June 25: “California is coming roaring back from the pandemic, but the economic impacts of COVID-19 continue to disproportionately impact so many low-income Californians.”

To help cover the back rent accrued by tenants, the state of California has created a $5.2 billion plan to cover 100% of unpaid rent. While this can help the estimated 900,000 renters that are behind on rent by an average of $4,600, the state has been slow to roll out the money, with only about 2% of applicants who have received funds by mid-June, weeks before the initial end of the moratorium.

This, mixed with the projections that funds will run out, leaving 43% of Los Angeles County applicants without any rent relief, leaves many in trouble.

To try to combat this, Assemblymember Jesse Gabriel championed Senate Bill 128, which will provide $120 million over three years to financially aid in providing legal services for renters and homeowners most at risk for eviction and foreclosure.

While there is a strong sentiment of support to prevent homelessness, there is still a large housing problem in L.A. County, with over 66,000 unhoused people in the county. The city’s response showed a less-than-favorable attitude from the local enforcement toward the unhoused.

L.A. City Councilmembers Joe Buscaino and John Lee, who represents Northridge in district 12, have unsuccessfully sought to resume the ban on sidewalk encampments of unhoused people in the daytime that was paused due to the impacts of COVID-19. They did, however, use Council Rule 54, which withdraws a matter from a committee and shifts it to the city council for voting. This brought the anti-camping ordinance onto the floor for a vote, which passed, making lying, sleeping and setting up encampments on public sidewalks and certain zones in the city a criminal offense.