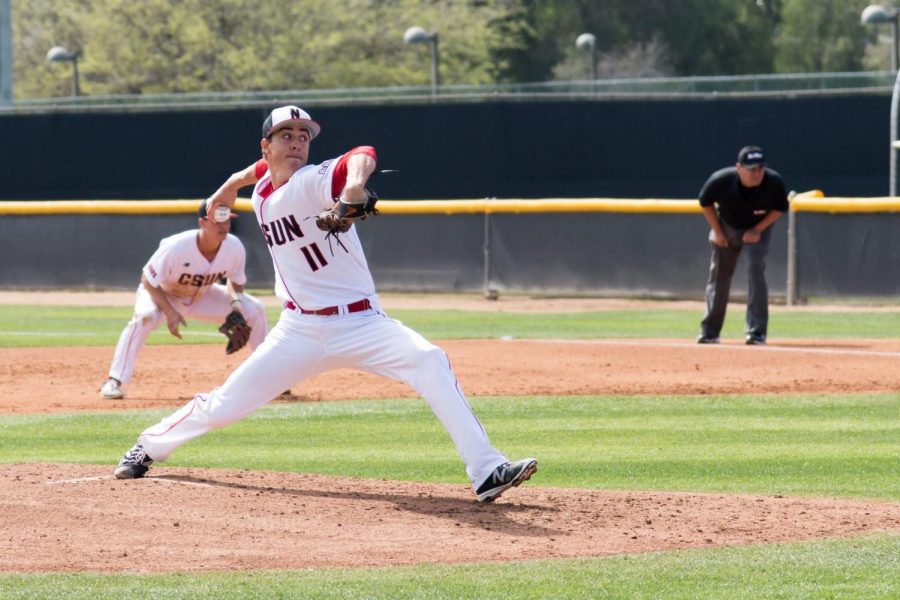 On Aug. 31, former CSUN pitcher Joe Ryan had his minor league contract picked up by the MLB’s Minnesota Twins. This makes Ryan the 11th alumni from CSUN to play in the MLB.

Ryan played for the Matadors for three years with 29 total appearances and 11 games started before he transferred to Stanislaus State for his senior year. During his tenure at CSUN, he averaged a 3.39 ERA and a 23.3% strikeout rate while facing a total of 318 batters.

In Ryan’s senior season with Stanislaus State, he was able to raise his pitching game to new heights. For this season, Ryan had 14 appearances and 14 starts with an average ERA of 1.65 and a 32.8% strikeout rate with 387 batters faced. This final season push was enough to get him drafted by the Tampa Bay Rays as the 210th pick in the 7th round of the 2018 MLB Draft.

After playing in 3 seasons of minor league baseball, the 25-year-old Ryan became a coveted prospect with a combined 4.82% walk rate, a 3.41 ERA and a 36.9% strikeout rate over 66 Triple-A innings.

At the 2021 trade deadline, Ryan was traded to the Minnesota organization due to a four-player trade between the Tampa Bay Rays and Twins. Ryan then started two games with the Triple-A St. Paul Saints, where he allowed only two runs and rallied 17 strikeouts.

Ryan also just came off of a silver medal win with the USA national baseball team at the 2020 Olympics in Tokyo. Ryan had a stellar performance at the Olympics where he started two games and only allowed two runs while striking out eight batters in a little over 10 innings.

Ryan had his debut game with the Twins on Sept. 1 in a 3-0 loss to the Chicago Cubs. Ryan had an overall decent first game, however, he did make a notable mistake in the third inning when he allowed a three-man run, which ultimately set the final score for the game. Despite this, Ryan had a total of 89 pitches with 14 swinging strikes over five innings, the most by a Twins pitcher during his MLB debut since Statcast began tracking in 2015.

The Twins are in big need of roster depth at the pitching position after trading away J.A. Happ and Jose Berrios at the trade deadline, and face the possibility of losing Michael Pineda to free agency. This means Ryan could continue to see key rotational time if he is able to further develop and prove himself to the organization.