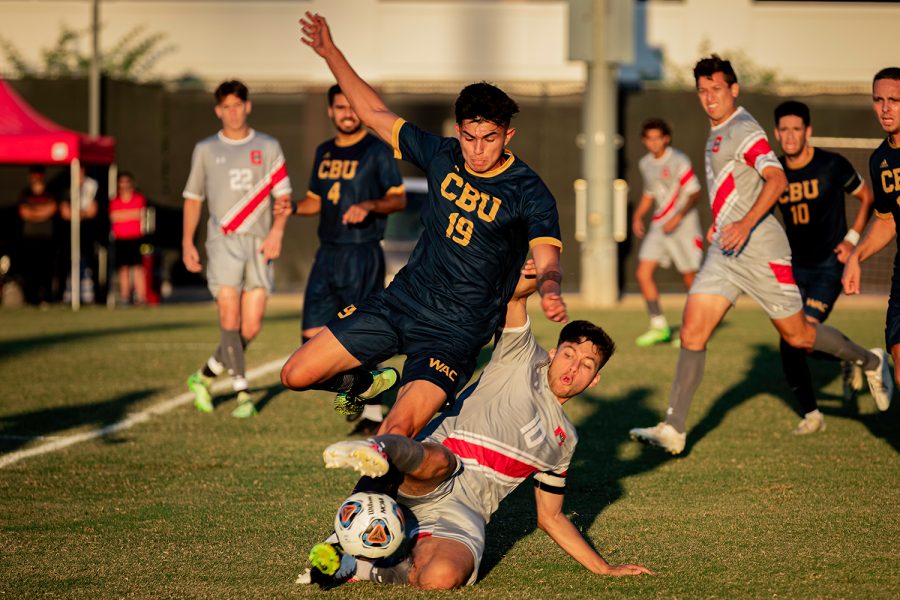 CSUN men’s soccer faced off against Cal Baptist looking to get their first win of the season at home on Friday night, but the Lancers only needed one goal to take down the Matadors in their first ever meeting.

Cal Baptist forward Tete Vacas crossed it into midfielder Liad Mordechi for the only goal of the game with 18 minutes left in the first half.

A red card for Cal Baptist midfielder Danny Garcia with 26 minutes left in the second half gave CSUN some opportunities late in the game. The best of which came with 20 seconds left with a header from Jamar Ricketts that just missed the net.

“We didn’t play well collectively up front,” head coach Terry Davila said. “They’re not as sharp as they could be because I think they’re overdoing it.”

CSUN struggled to apply any pressure consistently throughout the game as they only had three shots on the night compared to Cal Baptist’s 10.

“We need to work off each other and play as a unit,” forward Jamar Ricketts said. “We’re a new team and we are still learning, but I think once we get that down we’re gonna be unstoppable.”

CSUN is looking to get their first win at home against the University of Portland on Monday.