In memory of the 2020 Nagorno-Karabakh War, a CSUN student shares her family’s story to highlight the effects of intergenerational trauma caused by the Armenian Genocide. 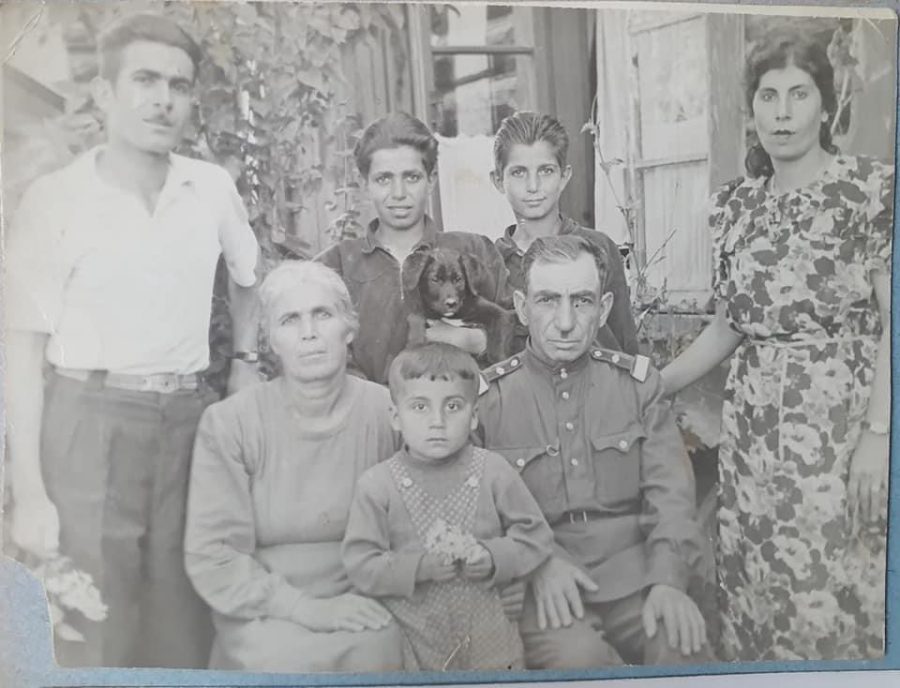 Ofelya Hunanyan, a CSUN student and immigrant, shares the story of her family’s survival during the Armenian Genocide in order to commemorate the one year anniversary of the 2020 Nagorno-Karabakh war.

Many Armenians believed the recent war to be a continuation of the Armenian Genocide, as thousands of indeginous Armenians were marched out of their homeland by Turkish-backed Azerbaijani forces.

In order to understand the current climate in the region, one must understand its past.

As an Armenian immigrant from the city of Gyumri, Hunanyan knows firsthand the effects of intergenerational trauma and the importance of worldwide recognition of the Armenian Genocide, in which her family experienced deep tragedy and loss.

“The story I’m going to tell is from my dad’s side, it’s his grandma’s story. During the genocide she was a 17 or 18-year-old girl. My great-grandmother’s name was Hayastan. This was in 1918 when the genocide was still happening,” Hunanyan said.

Hayastan was confronted by a group of Turkish men, who forced her and other women to remove their clothing and dance. Around 40 women were killed. Some were kidnapped and others, in a fit of desperation, killed themselves hoping to escape imminent death and torture.

Hayastan was one of the women who was taken. While women around her were being killed and raped, she remained unharmed. When the head Pasha, a high-ranking Ottoman government official, saw her, he broke down in tears.

“When he saw my great-grandmother, he said, ‘I’m not going to hurt you because you look like my sister.’ He started crying and that’s how my great grandmother survived. He told a Turkish soldier to take her and cross the border to Armenia,” Hunanyan said.

Hayastan was terrified to share her story with her husband, fearing that he would reject her. She reunited with her uncle for a few days until she worked up the courage to see her husband, who accepted her story and embraced her with open arms. Sadly, Hayastan’s father was killed by Turkish soldiers.

“Every year during the anniversary of the genocide, my family always gets together and shares their stories with each other of how their relatives survived the genocide,” Hunanyan said. “Every year when I was in Armenia, we would go to the Armenian Genocide memorial statue with flowers. It’s important for us to respect the lives lost and to remember them.”

The genocide has left a massive void in Hunanyan’s family. She has family members scattered all over the world whom she has never met and likely never will. Her family has forever been torn apart.

“For sure I can say that complete healing can not happen. [My grandparents] still have not fully recovered from everything that happened to their parents. Even all of the Armenians today in the diaspora, they are not healed. They left their homes and became immigrants in foreign countries and saw different lives. Armenian families are not completely together,” Hunanyan said.

For Hunanyan, speaking of her family’s survival, and remembering others in her country who lost their lives, means that their memory won’t ever be forgotten. Recognizing the generational impact of the genocide is something she hopes everyone can realize.

“My grandfather and his children were affected psychologically and financially by the genocide. They lived in fear after the genocide and they had to work really hard to be able to live a good life,” she said.

President Joe Biden’s recognition of the Armenian Genocide on April 24, 2021 took Armenians one step forward to justice, as real change stems from acknowledging the past. But there is still much work to be done. Armenians hope that one day Turkey will recognize the role their ancestors played during the Armenian Genocide.

Although the recognition by the United States set an important example for other countries to follow, Armenians will never get real justice until their perpetrators choose to make peace with them. The 2020 Nagorno-Karabakh war is proof that history will repeat itself if change is not made.

“Hopefully one day [Turkey] will recognize the Armenian Genocide,” Hunanyan said. “For me that will mean that there is still justice in this world. That the guilty will be punished and that one day we will be able to see our old land. I feel like our generation will live to see that day.”