Matadors of the Week: Jamar Ricketts and Taylor Orshoff 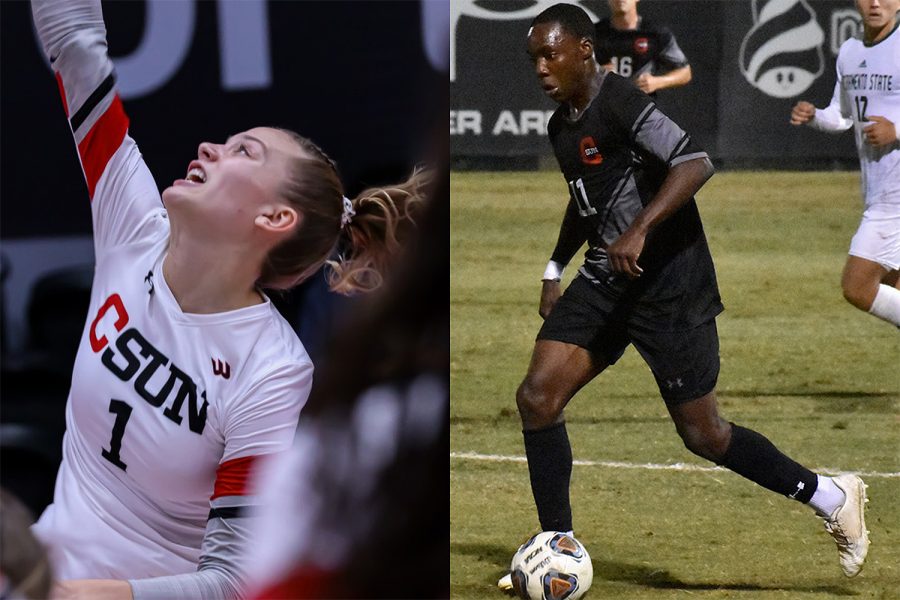 The Matadors of the Week are Taylor Orshoff from women's volleyball and Jamarr Ricketts of men's soccer.

CSUN men’s soccer secured their second win of the season and first Big West Conference victory Saturday against UC San Diego. Jamar Ricketts, a redshirt freshman, made an impact in both soccer matches over the weekend. During the match against Sacramento State on Friday, he scored one goal despite the match ending in a tie.

“I’ve been waiting for my first goal,” Ricketts said.

Ricketts has been playing the season on a lateral collateral ligament sprain, but it hasn’t stopped him from playing every game this season. He credits the coaching staff who have been by his side and the CSUN training staff for getting him ready for the games.

“[Our trainers] make sure I don’t get injured too much,” Ricketts said. “They will sit me down to reduce the risk of injury.”

With only a couple weeks left in the season, CSUN’s road to the playoffs is a long but not impossible task.

“We have a very good shot,” he said. “The confidence is building around the team.”

CSUN women’s volleyball hasn’t had the season they hoped to have, but outside hitter Taylor Orshoff, sophomore, has made her presence felt in the two games this past weekend. Orshoff smashed her way to a career high with 17 kills in the match against California State University, Fullerton, on Friday.

Despite a struggling season coming to a close, Orshoff acknowledged how strong the team’s chemistry has grown.

“I love the connection that we have,” she said “We all have a great friendship.”

Win or lose, Orshoff says she isn’t able to perform at a high level without the support from her family and friends.

“Thank you to my friends and family for always supporting me,” Orshoff said.