Hispanic Heritage month: Why some are skeptical about it, thanks to its problematic history 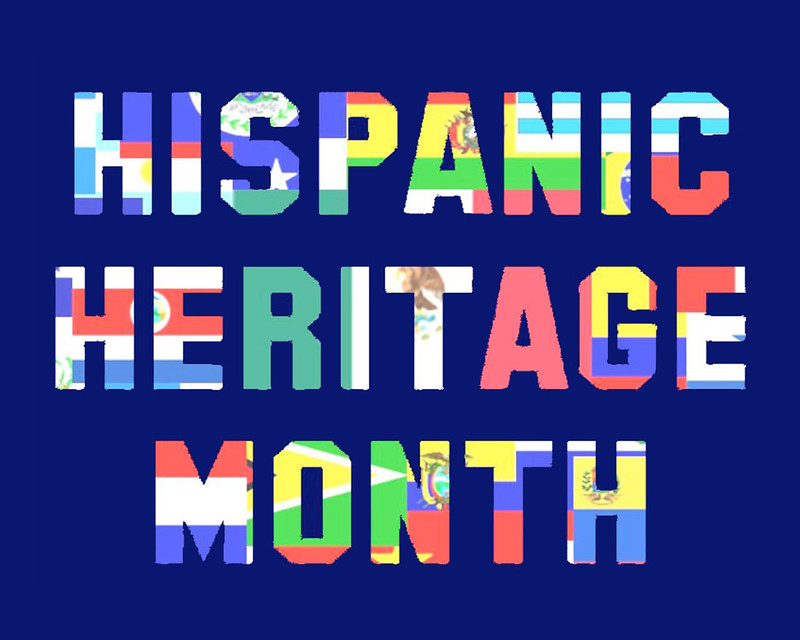 The College of the Mainland Library

The United States government recognizes Hispanic Heritage month to highlight the contributions of Hispanic and Latino Americans, and inspirational figures such as Dolores Huerta and Cesar Chavez.

Many members of the Chicana/o community, however, are skeptical about the celebration due to the controversial history of the term “Hispanic.”

Unlike Black History month and Pride month, Hispanic Heritage month begins in the middle of a month on Sept. 15, which coincides with the independence day celebrations of Costa Rica, El Salvador, Guatemala, Honduras and Nicaragua.

President Lyndon B. Johnson’s administration originally constructed “Hispanic Heritage week” back in 1968, but the Reagan administration extended the week into a month.

There is some divide among the Chicana/o community when it comes to celebrating Hispanic Heritage month, as the term “Hispanic” was mandated as the standard by the U.S. Office of Management and Budget. The term derives from the Spanish word “Hispano,” which refers to “a person descended from Spanish settlers in the Southwest before it was annexed to the U.S.”

The U.S. Census classifies Hispanic or Latino as “a person of Cuban, Mexican, Puerto Rican, South or Central American, or other Spanish culture or origin regardless of race.” According to Pew Research Center, 19% of people in the U.S. currently identify as Hispanic.

Chicano artist and CSUN professor Harry Gamboa Jr. commented that the term was created by people who were “very anti-Mexican” and that it was incorporated early on as a way to counteract the popularity of “Chicano,” a term that was created by Mexican Americans.

Gamboa Jr. was a key organizer in the 1968 East Los Angeles walkouts, which were a series of protests that sought to improve the learning conditions for Chicano students. Protesters would skip class and march in solidarity. The U.S. Senate Committee on the Judiciary once labeled Gamboa Jr. as one of the hundred most dangerous and violent subversives in the United States.

“[The term Hispanic] hasn’t carried forth with that evil intent, but it has a tendency to erase the particularities of history,” Gamboa Jr. said.

The term first appeared in the U.S. census in 1970 under the Nixon administration. After collaborating with an advisory board made up of Mexican and Puerto Ricans to create the term, Richard Nixon was seen by many in the community as progressive.

However, his previous actions may contradict that belief. Nixon was the vice president during the Eisenhower administration, which oversaw an immigration law enforcement initiative called “Operation Wetback.” The operation led to the deportation of many Mexican Americans.

“I’m in favor of celebrating Latinos,” Gamboa Jr. said. “The term [Hispanic] obfuscates the existence of Mexican Americans. I think there is a special place for the role Mexicans have played in this country.”

CSUN Chicana/o studies professor Denise Sandoval does not disregard Hispanic Heritage month. She believes that it is up to the individual to choose how they want to identify and said there is not one universal way to be a “Latino.”

“It is important to have these months and recognize the contributions that have been made,” Sandoval said. “I’m more concerned with the after effects and looking at the issues affecting the communities right now.”

Sandoval hopes that Hispanic Heritage month shines a light on the issues and helps progress the overall efforts of social justice. She also welcomes updating the name to include Latina/o or Chicana/o.

Both Sandoval and Gamboa Jr. emphasized that the recognition of the communities should not be limited to a month.

“It doesn’t stop after a month,” Sandoval said. “We must look at what we are celebrating, and how we continue to move forward.”

On the other hand, executive director of the student-run organization Colored Minds Inc. Daniel Garcia believes that months like these are more of a performative measure taken by bureaucracies and attributes these events to colonialism.

“They’re giving us this one month to celebrate our culture, but in reality if it wasn’t for colonialism, we wouldn’t have this notion to dedicate one month. We would just have our culture,” said Garcia, a psychology graduate student at CSUN.

While Garcia personally does not like using the term “Hispanic” when referring to himself due to the “Spaniard” connotation, he believes that the community should not waste too much energy when discussing the term and wants the focus to be put on solidarity.

He cited an example of correcting people when they identify themselves as Hispanos — the term that they were exposed to while growing up.

“It might draw divisions instead of bringing in Hispanic, Latinx and Indigenous people together,” Garcia said. “We don’t want to be divisive … and mainly what I recommend [as someone who works] with a nonprofit is trying to build solidarity and community, and a huge part of that is being willing to meet each other halfway.”