Men’s golf gets first win in over a decade 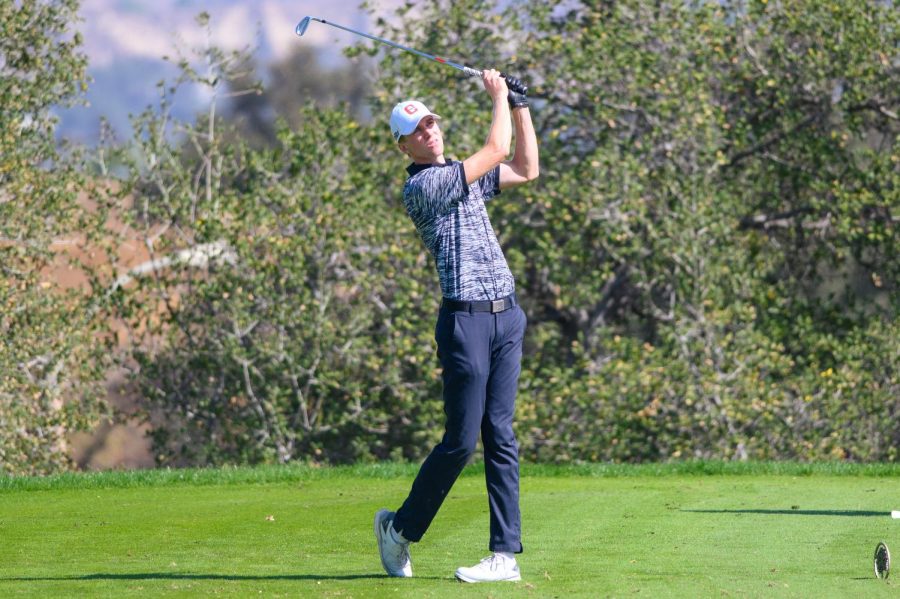 CSUN sophomore Eirik Thomassen during the first round of the 25th Bill Cullum Invitational.

CSUN men’s golf team crushed the competition on Tuesday at the Bill Cullum Invitational golf tournament, earning a score of 12 over par — half of the second place team Utah Valley.

Tuesday’s victory marks the first win for the team in over a decade. Their last victory was at the Wyoming Cowboy Classic in 2010.

“It’s kind of nice to end that streak. It helps boost the team’s confidence,” said head coach Jim Bracken. “It lets people know we’re for real. We’re a good team and getting better.”

The Matadors started off strong, ending the first round with a 14-stroke lead and keeping the competitive edge through the second and third round. Utah Valley squeezed into second place in the final round, ending with a total 888 strokes to CSUN’s 876.

The top five teams were CSUN with 876 strokes, Cal State University, Fullerton with 889 strokes, Weber State with 891, and University of California, San Diego with 898.

The team’s win also brought a career high for sophomore Eirik Thomassen, who finished the tournament with an even-par of 216.

Though the team has some time off to relax, Bracken is certain that the players will use the time to hone their skills for the next tournament.

“We are looking forward to the rest of the year. We’re getting good play from different players at different tournaments … We’ll celebrate at the end of the season,” Bracken said.

The Matadors hope to carry their momentum onto the next competition at the Pacific Invitational in Stockton, California on Oct. 21.

“There’s a lot of good teams there but we’re confident and the guys are confident. We’re going to be on the hunt,” Bracken said.