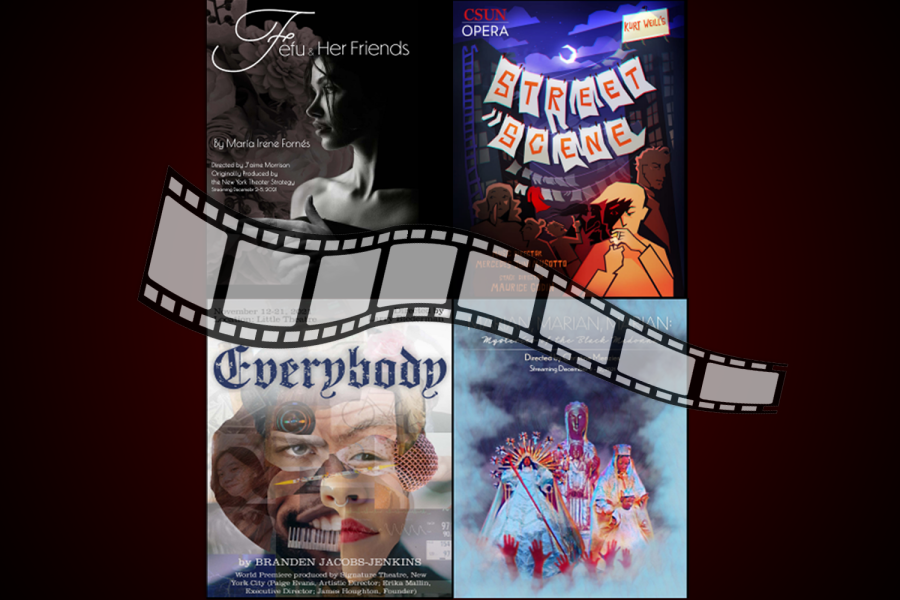 The CSUN theatre department’s play season is right around the corner. Here are the four plays that are occurring in person and virtually.

The departments of music and theatre at CSUN showcase performances of “Street Scene,” a 20th-century opera composed by Kurt Weill and Harlem Renaissance poet Langston Hughes. Performances of the opera run from Nov. 4 to Nov. 7 on the Manzanita Lawn, which is located south of Manzanita Hall. Admission is free for all who attend.

The Department of Theatre is running virtual performances of the 20th-century play “Fefu & Her Friends,” known for its unusual set design and traditionally all-female cast. These virtual performances are streaming at 7:30 p.m. from Dec. 2 to Dec. 4, and at 2 p.m. on Dec. 5. Attendance is free. Attendees are required to register through a form on the theatre department’s website.

The CSUN theatre department is showcasing “MARIAN, MARIAN, MARIAN: Mysteries of the Black Madonna,” a multimedia project performed virtually by an ensemble of theatre students. Directed by Christine Menzies, the project combines original music and visual arts to discuss the Black Madonna — the depiction of the Virgin Mary as a Black woman. Performances will run virtually from Dec. 9 to Dec. 12, and will require that all attendees register beforehand through their website.

For more information on the CSUN theatre department and the fall 2021 production calendar, visit their website.